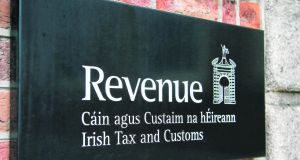 The tax assessments were made by the Revenue’s ‘Large Corporate’ and ‘Large Cases-High Wealth Individuals’ divisions.

Amended tax assessments by the Revenue last year resulted in demands for an additional €2.35 billion in tax. The assessments were made by the Revenue’s large corporate and large cases-high wealth individuals divisions.

Minster for Finance Paschal Donohoe said the money came from came from 915 amended tax assessments in 2018 – an average of about €2.5 million per case.

But in a written Dáil reply to Fianna Fáil finance spokesman Michael McGrath, the Minister said a significant portion of the liabilities arising from the amended assessments were under appeal to the Tax Appeals Commission.

The original amount of the assessment for the 915 cases totalled €4.99 billion. The €2.35 billion increase brings the tax yield from those cases to €7.34 billion.

The additional tax demanded by the Revenue is a multiple of the figure in prior years.

Over the four years from 2015, Revenue has demanded an additional €2.91 billion in assessments made in 2,374 cases.