A US recession is coming (eventually). Here’s where you’ll see it first.

Economists don’t know when the decade-long expansion, now the longest in American history, will end. But here are the indicators they will be watching to figure it out. 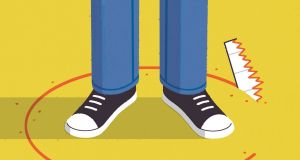 Last week’s report on US second-quarter gross domestic product showed that the economy slowed last spring. It also came exactly 10 years since the Great Recession ended, making this officially the longest expansion in American history. (Well, probably. More on that in a second.) So perhaps it’s no surprise that forecasters, investors and ordinary people are increasingly asking when the next downturn will arrive.

Economists often say that “expansions don’t die of old age.” That is, recessions are like coin flips — just because you get heads five times in a row doesn’t mean your next flip is more likely to come up tails.

Still, another recession will come eventually. Fortunately, economic expansions, unlike coin-flip streaks, usually provide some hints about when they are nearing their end — if you know where to look. Below is a guide to some of the indicators that have historically done the best job of sounding the alarm.

One caveat: Economists are notoriously terrible at forecasting recessions, especially more than a few months in advance. In fact, it’s possible (though unlikely) that a recession has already begun, and we just don’t know it yet.

“Historically, the best that forecasters have been able to do consistently is recognize that we’re in a recession once we’re in one,” said Tara Sinclair, an economist at George Washington University. “The dream of an early warning system is still a dream that we’re working on.”

What to watch for: Rapid increases, even from a low level.

What it’s saying: All clear.

Even small increases are significant. Claudia Sahm, an economist at the US Federal Reserve, recently developed a rule of thumb that compares the current unemployment rate to its low point over the previous 12 months. (Both are measured using a three-month average, to smooth out short-term blips.) When that gap hits 0.3 percentage points, the risks of a recession are elevated. At half a percentage point, the downturn has probably already begun.

Unemployment is considered a “lagging” indicator, and it is unlikely to be the first place to pick up on signs of trouble. But what it lacks in timeliness, it makes up for in reliability: The unemployment rate pretty much always spikes in a recession, and it rarely rises much without one.

Which is why right now the unemployment rate should be a source of comfort: Not only is it low, it’s trending down. When that has been the case historically, there has been less than a one in 10 chance of a recession within a year, according to a Brookings Institution analysis that worked off Ms. Sahm’s measure.

What to watch for: Interest rates on 10-year US Treasury bonds falling below those on three-month bonds. (It has already happened.)

Discussion: The yield curve is less intuitive than the unemployment rate, but it has historically been among the best predictors of recessions.

The fundamentals are straightforward: The curve essentially shows the difference between the interest rate on short-term and long-term government bonds. When long-term interest rates fall below short-term ones, the yield curve is said to have “inverted.”

Think of the yield curve as a measure of how confident investors are in the economy. In normal times, they demand higher interest rates in return for tying up their money for longer periods. When they get nervous, they’re willing to accept lower rates in return for the unrivalled safety bonds offer.

The Federal Reserve Bank of New York has developed a handy metric that translates fluctuations in the yield curve into recession probabilities. Right now, it puts the chance of a recession starting in the next year at about one in three — up sharply from a year ago, and not far from where it was on the eve of the Great Recession.

Don’t panic yet, though. Many economists argue that the yield curve means less than it used to, partly because the Fed was until recently raising short-term interest rates, even as the huge holdings of bonds that it accumulated during the recession are putting downward pressure on long-term rates. Taken together, those actions could be skewing the shape of the yield curve. And, in any case, it has taken as long as two years for a recession to follow a yield-curve inversion in the past.

What to watch for: The index falling below about 45 for an extended period.

Discussion: Every month, the Institute for Supply Management surveys purchasing managers at major manufacturers in the US about their companies’ orders, inventories, hiring and other activity. It then aggregates those responses into an index: Readings above 50 indicate that the manufacturing sector is growing; below 50, it is contracting. (The institute also releases a measure of activity in the service sector, but that index doesn’t go back as far.)

The manufacturing index has some significant advantages. It is released early, often on the first day of the subsequent month, and unlike lots of economic data, it doesn’t get revised. Most importantly, the index is a true leading indicator: It has historically shown signs of trouble before the broader economy hit the skids.

On the other hand, manufacturing no longer drives the American economy, which means a contraction in the sector doesn’t guarantee a recession. The ISM index fell below 50 for several months in 2015 and 2016, for example, signalling an “industrial recession” that never turned into the real thing. But steep downturns in manufacturing tend to be signs of trouble — it is rare for the index to fall much below 45 or so without a recession hitting.

Right now, American manufacturers are being battered by a global slowdown and by trade tensions. As of June, the index is still in expansion territory, but barely. Many economists think it will fall below 50 in the coming months but don’t expect a steeper drop.

What to watch for: Declines of 15 percent or more over a year.

What its saying: Partly cloudy.

Discussion: Consumers drive the economy, now more than ever. It is pretty much impossible for the economy to keep growing if Americans decide to keep their wallets closed.

The trouble is, by the time spending slows, a recession is probably already underway. Measures of consumer confidence, such as the long-running indexes from the Conference Board and the University of Michigan, provide insight into how consumers will spend in the future.

Confidence indexes are volatile from month to month, and they sometimes drop sharply as consumers react (and overreact) to the stock market, political developments and other events. Those declines often don’t translate into real changes in spending.

But sustained declines are another matter. Economists at Morgan Stanley recently found that a 15 per cent year-over-year drop in the Conference Board’s index is a reliable predictor of a recession.

By that metric, the economy isn’t in trouble. Consumer confidence is basically flat compared to a year ago, but it has fallen since late last year.

Okay, this is cheating. But no single indicator can tell the whole story of the economy, and the measures that performed well in the past might not do so in the future. So it pays to keep an eye on a variety of data sources.

The indicators above are among the most common inputs into the formal models that economists use to forecast recessions. But many economists have a favourite indicator (or maybe a couple) that they also watch as a gut check.

Temporary staffing levels: Temp workers are, by definition, flexible – companies hire them when they need help quickly and get rid of them when demand dries up. That makes them a good measure of business sentiment. As of June, temp staffing is near a record high, but it has pretty much stopped growing.

The quits rate: When workers are confident in the economy, they are more likely to quit voluntarily. The quits rate, a favourite indicator of Janet Yellen, the former Fed chair, bottomed out shortly after the Great Recession ended and rose steadily until levelling off in the middle of last year.

Residential building permits: The housing market has frequently led the economy both into and out of recessions. That has made building permits — which are generally issued several weeks before construction begins — one of the best historical indicators of economic activity. But construction has lagged since the last recession, and housing makes up a smaller share of the economy than in the past, so permits may not be as meaningful now.

Auto sales: After houses, cars are the most expensive thing most families buy. And while owning a car is effectively required in large parts of the country, buying a new one almost never is. So when new car sales are strong, it’s a sign consumers are feeling good. Retail car sales have typically peaked before recessions, then dropped sharply once one began. So it isn’t a great sign that sales are falling. - 2019 New York Times News Service