Report says Dubliners now need 14.3 years of income to buy a home in the city outright 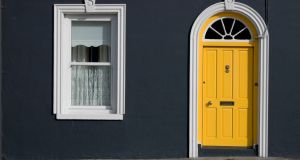 The authors of the report estimate that the average cost of a home in Dublin is €336,000, while banks lend 80% of the purchase price to buyers. Photograph: iStock

Moody’s Investor Service, which assesses organisations’ ability to repay debts, published a report on Thursday ranking the Republic’s capital among the European cities where people can least afford to buy a home.

The report states that Dublin property prices rose by almost 90 per cent between the bottom of the market in 2012 and 2018, but disposable income only grew by 10 per cent “about 80 percentage points less than house-price inflation”.

The authors estimate that the average cost of a home in Dublin is €336,000, while banks lend 80 per cent of the purchase price to buyers. They estimate annual disposable income – what is left after tax and social insurance – at €16,553.

Dubliners now need 14.3 years of income to buy a home in the city outright without borrowing for it. This is roughly the same ratio as in 2005 and 2006, when the property bubble, which ultimately led to a severe recession, was at its most inflated.

The price-pay ratio puts Dublin on a par with Berlin and Frankfurt, but means homes in the Irish city are more expensive relative to earnings than in Rome, Milan, Madrid and Lisbon.

Dwellings in Amsterdam cost more than 20 times its inhabitants’ average income, thanks to rapid inflation since 2016. Those working in Paris and London need 18 times their earnings to buy a home with no mortgage.

The report points out that Dublin’s population has grown by 21 per cent since the year 2000, the fastest of all European capitals.

Moody’s indicates that there are fewer than 10 Airbnb lets for every 1,000 people living in Dublin, low relative to many cities. Portuguese capital Lisbon has almost 35 per 1,000.

Politicians and pressure groups recently singled Airbnb lets out as a factor in driving up housing costs and rents in central Dublin.