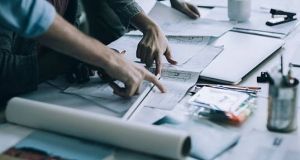 Cairn’s chief executive Michael Stanley confirmed it was spending €4.5m on roads for a new estate at Mariavilla in Maynooth, Co Kildare

Most would argue that it is fair enough that Cairn Homes pays something towards the cost of building water mains for a 400-home development that it is planning for Maynooth, Co Kildare, as the company intends to profit from the project.

Cairn’s chief executive Michael Stanley also confirmed on Monday that the listed house-builder was spending around €4.5 million on roads for the new estate at Mariavilla in the Kildare town.

Not only that, he says that Cairn is “happy” to pay for work of this nature if it allows the company to get on with building new homes and as long as it is commercially viable.

In fact, Mr Stanley acknowledged that this is the way it has to be as for most of a decade the State was not able to pay for new infrastructure as it did not have the money, which means that the work must be done now.

Cairn’s problems highlight what faces anyone seeking to build homes anywhere in the Republic. Those issues are part of the reason that it is taking the State, and the private sector, such a long time to tackle the housing crisis.

Cairn highlighted these issues to Minister for Finance Paschal Donohoe, who quizzed the company closely about its progress during a conversation in November following the budget.

The builder also told Mr Donohoe that it was facing delays in many sites because councils were tweaking or altering local area development plans. In fact, in November the company was unable to begin work on 19 of 30 sites because of this.

This is ironic. Local area plans are meant to streamline development, not hold it up. It is also disturbing. Councils have a central role to play in solving the housing crisis, and many of them still appear slow to wake up to this.