Have we reached peak football in terms of broadcasting rights? 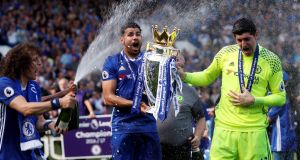 On Tuesday morning, British satellite broadcaster Sky confirmed that it had agreed a deal with the Premier League in England for live rights to 128 games a season between 2019 and 2022.

Sky will show more games yet pay less for the privilege. The bill is a hefty £1.193 billion (€1.34bn) a year but represents a £199 million per annum reduction on the current deal – a saving of 16 per cent a year.

It’s about £9.3 million a match compared with £11 million under its current deal. Back of the net, as Sky commentator Martin Tyler might say.

There are still two packages to be sold by the Premier League but the consensus is that the final figure for rights will be lower than what was achieved in the current deal.

In terms of broadcasting rights, have we reached peak football in England?

The Premier League had hoped that one or more of Amazon, Facebook or Apple might join the bidding but this never materialised.

Sky and BT gambled that they would have the field to themselves and approached the negotiations accordingly. A wholesale deal between the two last year, where their stations are offered on each other’s platform, also appears to have eased competitive tensions.

The Premier League still has two packages to sell domestically and it appears confident of generating more from its overseas rights, which netted £3.3 billion last time around. So the bubble might not have burst.

And everything is relative. As details of the latest English Premier League rights deal were emerging, the new League of Ireland season was being launched at the Aviva Stadium.

The 10 Premier Division clubs here receive nothing from the broadcast of their games with RTÉ and other stations. In footballing parlance that’s known as an own goal.