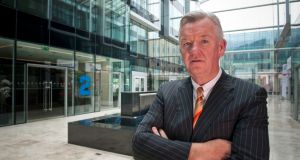 Construction group BAM hopes to cash in on housing demand through the purchase of a minority stake in Modern Homes Ireland (MHI), which builds prefabricated dwellings and commercial units.

MHI employs 120 people in Ballyjamesduff, Co Cavan, where it produces 500 prefabricated or “modular” steel-framed houses and commercial buildings a year.

Dutch-owned BAM is buying a minority stake in the business, which plans to use the investment to boost production capacity at its plant. Neither side revealed the purchase price.

In a statement BAM said that growing demand for homes along with increased State and private investment in housing created an opportunity for both it and MHI to use modular construction to build dwellings, student apartments and hotels.

The group pointed out that MHI’s approach meant that the current shortage of skilled construction workers did not affect the Cavan company’s ability to build new homes.

MHI’s systems allow it build up to 95 per cent of a unit before it leaves the factory. The company then assembles the structure on site.

“This significant investment further confirms that off-site construction is the future of housing and that our firm is at the forefront,” he said.