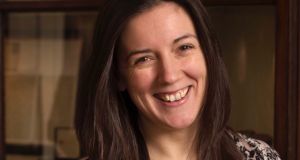 Sarah Costigan of the Little Museum of Dublin

The Little Museum of Dublin has appointed Sarah Costigan as deputy director.

The museum, which was established in 2011, tells the history of the capital city. Ms Costigan joined the museum in 2012. She has a masters degree in cultural policy from University College Dublin and, since joining the museum, has generated more than €3 million in funding. Ms Costigan also won the Europa Nostra award for cultural heritage, and created an award-winning education programme.

“Sarah is a very capable person who has already enjoyed great success in what is now the number one museum in Ireland,” said museum chairman Brody Sweeney. “I’m delighted that she will play a leading role in the next stage of the museum’s development.”