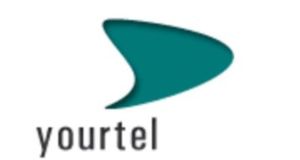 Industry regulators have written to the Law Reform Commission seeking greater enforcement powers and a tougher regime of financial penalties for breaches of legislation.

The Commission for Regulation of Utilities, the Health Products Regulatory Authority, the Competition and Consumer Protection Commission, the Broadcast Authority of Ireland and the Commission for Communications Regulation want the power to levy administrative fines directly without having to go through the courts.

In their letter, the industry watchdogs also claim the maximum fines for serious regulatory breaches were, in many cases, too weak to act as a deterrent.

The move comes in the wake of a string of cases in which companies in breach of regulations ended up with fines that are considered modest by international standards.

“Regulatory breaches harm consumers, citizens, firms and industry. Strong regulation is thus critical to the economy and society in general,” the regulators said.

The regulators noted that, in some cases, the revenues from breaking the law may be worth several million euro in income to companies.

“Unless penalties can match or exceed these gains, businesses could make a commercial decision to break the law, with any penalty being viewed as merely a de-facto tax or levy, rather than an actual punishment intended to act as a deterrent,” they said.

In the telecoms sector, the maximum fine for criminal offences following conviction on indictment was reduced to €500,000 in 2011.

“The ability to index fines to profits achieved as a result of a breach enables regulation which is not only proportionate to the harm but also provides a strong economic deterrent,” the regulators said.

“EU law consistently requires that competent authorities should be empowered to impose pecuniary penalties which are sufficiently high to be effective, dissuasive and proportionate in order to offset the expected behaviour which infringes the requirements laid down in EU legislation,” they said.