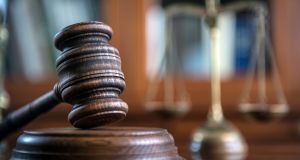 Balfour Beatty had pleaded guilty to a breach of the 2005 Act in that it had failed to ensure appropriate safety measures or precautions were in place to protect non-employees. Photograph: iStock

A Tipperary Court has fined Balfour Beatty CLG Ltd €300,000 for breaching health and safety legislation, following an incident in which a man died.

Nenagh District Court imposed the fine for an incident in February 2015 when an employee of a company subcontracted to Balfour Beatty CLG on the installation of a 400mm gas pipeline from Birdhill to Nenagh was fatally injured. The pipeline Patrick Horgan was working on ruptured while it was under test pressure.

Mr Horgan, who was in his 40s, was working on a natural gas pipeline for Gas Networks Ireland at the time.

Balfour Beatty had earlier pleaded guilty to a breach of the Safety, Health and Welfare at Work Act 2005, in that it had failed to ensure that appropriate safety measures or precautions were in place to protect non-employees.

A spokesman for the Health and Safety Authority said the fine was not the highest levied against a company over a workplace fatality. There have been a number of seven figure penalties over similar incidents.

However, he acknowledged it was a substantial penalty.