Fewer on roll as eight registered in 2018 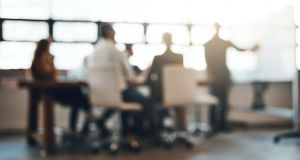 CET Connect placed at 510 in the 2019 listing of 1,000 companies in Europe that have achieved the highest percentage growth in revenues between 2014 and 2017.

Translation and localisation company Solten Business International made an appearance on the list for the second year in a row, improving its ranking to 952 from 973 in the 2018 list.

Infrastructure firm CET Connect, which provides of structured cabling services in Ireland, UK and France, was founded in 1999. The company employs more than 60 people, and saw revenues rise at a compound annual rate (CAGR) of 64 per cent between 2014 and 2017 to €15 million.

Solten Business International, which specialises in translation services, saw revenues rise at a compound annual rate (CAGR) of 39.5 per cent for the period, reaching €3.2 million.

Fewer Irish companies made it on to the list for 2019 than in the past couple of years.

Last year a total of eight Irish businesses were included on the list, including Voxpro – now a subsidiary of Telus international following its €150 million sale - and Bolus Restaurants, the chain behind Bunsen Burgers, which was the highest-ranked Irish company at 83rd place overall.

Joe.ie owner Maximum Media and IT company AspiraCon also made the 2018 list for two years in a row, but failed to feature in 2019.

Although tech continued to dominate the 2019 rankings, food delivery start-up Deliveroo was nudged into second place by UK car finance firm Blue Motor Finance. Some 149 businesses on the list were tech focused, although this tally did not include the fintech and ecommerce categories.

The overall list showed Brexit may have been having an impact. Although London was still the top city for company headquarters on the list of fast growing firms, the number of businesses was down to 63 from 74 a year earlier. Germany had the most company headquarters by country, with 230 based there.

The minimum average growth rate that companies needed to meet to be included on the list was 37.7 per cent.

However, the ranking is not claimed as complete; businesses apply to be included, and although Statista compiles a list of companies that it also invites to apply for inclusion, there are organisations that do not want to divulge their revenue figures.

2 Trade with Britain will not return to pre-Brexit model, exporters warned