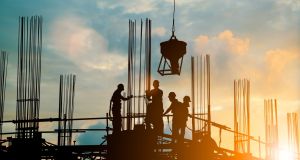 Real estate investor Yew Grove Reit has disposed of one of its non-core assets in Sandyford, Dublin, for €1.1 million.

The company, which invests in office and industrial assets outside of Dublin’s central business district, said on Monday it had sold its Sandyford industrial property for a price representing an initial yield of 7.6 per cent.

“Having identified five non-core properties in our portfolio, we are pleased to have made a good start to the disposal programme, and to have reached agreement to sell this asset at above book value,” the company’s chief executive, Jonathan Laredo, said.

At the beginning of August, Yew Grove had a portfolio value of €103.5 million and a contracted rent role of €8 million. Aside from investing in assets outside of Dublin’s central business district, the company also focuses on office and industrial investments which are let to government entities, State bodies and IDA Ireland-supported companies.