Mixed-use Glasthule investment for sale at €725,000 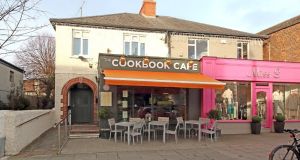 The tenant’s lease has almost nine years to run at a current rent of €40,000 per annum.

A mixed-use investment beside the famous Cavistons fishmongers in Glasthule is on the market at €725,000 through agent Lisney.

The building, at 57A Glasthule Road, produces a rent roll of €54,400 and, given the guide price, this would reflect a net initial yield of 6.9 per cent.

It is divided into a 50-seat restaurant at ground and basement levels which trades as Cookbook Cafe. The tenant’s lease has almost nine years to run at a current rent of €40,000 per annum.

Overhead is a large one-bedroom apartment which is rented at €14,400 a year. It will, however, be sold with vacant possession which may give an opportunity to increase the rent at a subsequent letting.

Glasthule, like other south Dublin villages such as Dalkey and Monkstown, has reinvented itself as an artisan food and cafe society destination alongside a smattering of high-end boutiques.

Nearby occupiers to 57A include Carluccios and Mitchell & Son Wine Merchants.