Investment manager gets €69,230 over unfair dismissal from property company 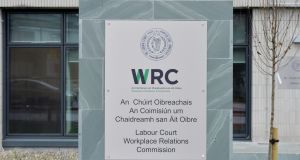 The investment manager told the WRC that he was ‘shell-shocked’ when told of his redundancy in July 2016. Photograph: Alan Betson

A property development company has been ordered to pay an investment manager €69,230 over his unfair dismissal. The matter was heard at the Workplace Relations Commission (WRC).

The investment manager was engaged in setting up a fund to acquire an office portfolio. The fund raised more than the €60 million to €70 million anticipated and acquired seven assets.

The investment manager said that he was ‘shell-shocked’ when told of his redundancy in July 2016, at which point he was earning €120,000 per year. He said 80 per cent of the acquisition value of the assets was still on the books of the office fund at the time and there was substantial work involved in the completion and sale of the assets.

The investment manger sued for unfair dismissal and WRC adjudication officer, Kevin Baneham, found that no redundancy situation existed in July 2016 and the man was unfairly dismissed.

Mr Baneham said the events of July 7th and 8th, 2016 where the investment manager was made aware of his redundancy “were hasty and cannot be described as affording the complainant sufficient opportunity to consider his position”.

Mr Baneham continued: “The lack of a redundancy process and the hastiness of the July events mean that the respondent has not shown that a redundancy situation applied to the complainant’s position. It follows that the dismissal was unfair.”

The WRC ordered the property development company to pay the investment manager €60,000 for his unfair dismissal and an additional €9,230 in relation to the employee not being provided with a statement of his terms of employment.

The employee told the WRC that when dismissed in July 2016 there was significant amount of work in the office portfolio as only two assets had been sold.

The man said that after a failed bid to set up a private venture in the rental sector in March 2017, he secured alternative employment as an investment director in June 2017 on a salary of €120,000 and benefits.

The investment manager stated that his claim for unfair dismissal should succeed as there was no prior notice of his ‘redundancy’, no selection criteria and he had the longest service.

He said there was no meaningful consultation, no advance warning and no consideration of alternatives.

In response, the property development company said the investment manager’s employment had come to an end due to a genuine redundancy situation.

It claimed that the majority of the work had been completed on the office investment portfolio and the managing director in place could finish this work on his own.

The employer said the investment manager was fully aware of the circumstances and he could not have been “stunned”. It said the office portfolio has since wound down.

A director at the firm told the hearing that pace of recovery in the office market was much faster than expected and rents increased. He said that the firm felt in 2015 that the market was getting ‘toppy’, so wanted to get out.

Under cross-examination, it was put to the director that one site was acquired for €12 million and sold for €58 million and he replied that this project was a complete re-build.