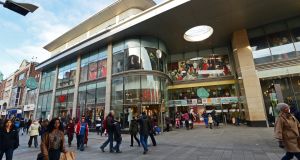 The owners of Dublin’s Ilac Centre are investing in a renovation of the property, which will result in the addition of three new restaurants, a cafe and a new retail unit.

Hammerson and Irish Life, joint owners of the shopping centre, will renovate its central square area to add the new outlets which will include a restaurant called Silverleaf and a retail store, Yours Clothing. The owners did not disclose the scale of their investment in the facility.

The group will also reconfigure a unit at one of the shopping centre’s entrances to create a restaurant space split over two levels which could facilitate late-night trading on account of its access to Henry Street.

“The renovation of Central Square is another important step in the enhancement of the Ilac Centre, allowing us to introduce new dining and retail concepts,” said Simon Betty, Hammerson’s retail director for Ireland.

The renovation follows the completion of another project in the facility which saw the addition of retailers Regatta, Nisbets and So Nutrition.

Aside from its interest in the Ilac Centre, Hammerson is a joint owner of Dundrum Town Centre and the Swords Pavilion.