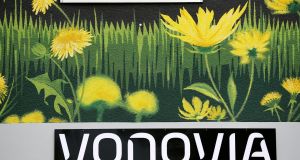 Germany’s Vonovia has agreed to buy Buwog in a cash deal valuing the Austrian real estate company at €5.2 billion, the two companies said on Monday.

The deal will further grow Vonovia’s portfolio of residential properties to almost 400,000 flats from about 350,000 now, cementing its position as Germany’s leading property group and adding further properties in Austria.

Buwog shareholders are to be offered €29.05 per share under the offer, an 18.1 per cent premium to Friday’s closing price, which Vonovia said it would finance with debt capital.

Vonovia will also offer €115,753.65 in cash for each outstanding bond convertible into Buwog shares during the initial acceptance period and a reduced price during an additional three-month acceptance period.

Vonovia said it expected joint management of the two companies’ flats following the deal would lead to cost savings of about €30 million a year, a substantial part of which is to be realised by the end of 2019.

The deal will also have a positive effect on Vonovia’s underlying earnings per share and adjusted net asset value per share, Vonovia said.

Further details of the offer are to be announced in February.

New measures to cut costs for businesses using 1800 numbers 13:52
Ireland has fifth-largest number of billionaires per capita in the world, says Oxfam 13:43
Who are Ireland’s 17 billionaires? 13:19
Trade tensions still weighing on global growth, IMF warns 14:08
Why has the pension age question suddenly become an election issue? 12:06