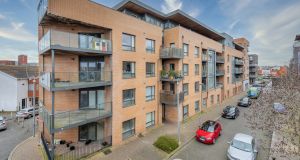 The largest PRS deal in the first quarter was the €36m sale of 102 apartments at Herberton, Dublin 8.

The “initial nervousness” of investors in relation to the impact of Covid-19 on the prospects for the private rented sector (PRS) market has begun to subside with strong demand for residential accommodation continuing to be seen even in the midst of the current crisis.

That’s one of the key findings in a new report on the residential property investment market from agent Hooke & MacDonald.

While recognising that the coronavirus outbreak has led to “substantial levels of uncertainty” across all asset classes as a result of the “immediate changes in live-work regimes across the globe”, the report’s authors say it “is most evident that the need for ‘beds’ and home, even during the crisis, has not gone away”.

Referring to the current and post-crisis outlook for investment in the PRS sector, Hooke & MacDonald states: “There is an expectation that portfolio allocations towards the sector will increase substantially as a result of its inherent characteristics and the current crisis. The long term and stable nature of the asset class, with low vacancy and voids, very much suits investors with long-term income requirements, such as pension funds and sovereign wealth investors.”

Looking at the level of investment activity in the Dublin PRS market for the first quarter of this year, the report shows there were four main residential investment transactions, one of which was new build and three of older stock. The new build comprised 60 units (23 per cent) and the older stock 203 (77 per cent). The combined value of the 263 units sold in the period to the end of March came to €100 million.

Turning to the issue of residential accommodation and the matter of new supply specifically, the report’s authors point to what they see as the ongoing shortfall in the delivery of apartment stock in the capital.

On this, they say: “Over the past four and a quarter years, of the 10,593 multi-family sector units traded, approximately half, 5,271 were new build and half, 5,322 were older stock. The volume of older stock and the fact that in the first quarter of 2020, 77 per cent of transactions were for older stock illustrates the shortage of new apartment supply for the rental market.”

Looking at the latest new housing figures for Dublin, Hooke & MacDonald notes that just 41 per cent or 847 of the 2.086 units delivered in the final quarter of 2019 were apartments. The bulk of completions (59 per cent) were accounted for by 1,157 estate houses and 82 one-off houses.

Referring to these relatively-low levels of new supply, the report says: “The shortage of new apartments coming on stream in Dublin, Cork, Galway, Limerick and other urban centres is a cause of great concern as apartments constitute the main form of accommodation for the rental market.”

“While the supply of estate houses has steadily increased over recent years, the stark reality is that the amount of apartments under construction is negligible. This is as a result of a number of factors including the complexity of apartment development and issues around viability.”

“The cost of building apartments is so high that without the ability to sell at certain price levels large scale apartment development will not occur as currently the Build-to-Sell, owner-occupier and first-time buyer’s market does not support the returns required to make projects viable.”

And while the emergence of a market for forward sales of apartment blocks to institutional investors has enabled the construction of a number of schemes in recent years, Hooke & MacDonald says the number of new units involved has been “minimal in the context of overall demand requirements”.

While the report stresses that a range of stakeholders including the Government, local authorities, approved housing bodies, developers and contractors must work together to address the housing shortage, it points to the important role it believes institutional investors can play.

“It is imperative that Irish and international pension funds and institutions are involved in the massive programme of private and social housing that is now required. These parties are willing to fund and invest in both sectors but to date their involvement in supporting the Irish housing market has been limited, due to available opportunities, and misrepresented by some people. If they reduce their funding in the Irish market, it will inhibit supply and recovery plans.