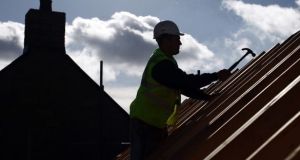 Abbey, which last year bought back shares for cancellation worth €7.86 million under a buyback programme, on Monday said it has purchased an additional 4,500 ordinary shares of 32 cents at €16 per share for cancellation.

The move brings the total number of ordinary shares in issue to just over 20.9 million.

Publishing its annual report, the group said it is trading profitably in the current year with higher sales completion in Ireland and Czechia hopefully ensuring that overall sales volumes “at least exceed” 2019.

It added that the UK performance will depend on confidence and employment levels with the curtailing of the help-to-buy scheme there not helping its prospects.

“Covid-19 has undoubtedly been a severe blow to the economy and to our business. The longer term is unclear,” the group said.

“Overall, the group is fortunate enough to be in a healthy financial position and we hope with caution to add to our land bank in the months ahead,” it added.

In its results for the year ended April 30th, 2020, Abbey said its profit for the year amounted to €33 million before tax against a profit of €53 million in the previous year.

After a tax charge of €6.5 million, the group made a profit of €26.5 million reflecting earnings per share of 125.62 cents. Group operating profits during the year were €32.7 million against €53 million the previous year.

The group’s housebuilding operations completed 490 sales, including 405 in the UK; 57 in Ireland, and 28 in Czechia, with a turnover of €162.7 million generating an operating profit of €31.3 million.

At the year end, the group owned and controlled land allocated for housing development for the supply of 2,947 plots. Rental income during the year was €1.1 million. A fair value adjustment loss of €200,000 was recorded in the year.

The group held €70.8 million in cash at the end of the financial year. On the balance sheet date commitments outstanding on land were €2.5 million.