In 2013, Nama put its Northern Ireland loan book on the market. What happened then? 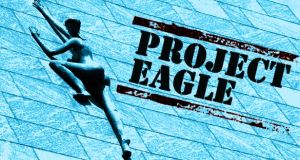 December 2013: Nama puts Project Eagle, its portfolio of loans in the North, on the market.

March 10th 2014: Pimco tells Nama it has agreed to pay Cushnahan, Brown Rudnick and, Belfast lawyers, Tughans, £15 million in success fees if it wins the deal. It then pulls out of the auction for Project Eagle. Tughans and Brown Rudnick switch to Cerberus.

July 2nd, 2015: Independent TD Mick Wallace tells the Dáil that £7 million diverted from a Tughans company bank account to the Isle of Man was “reportedly earmarked for a Northern Ireland politician or political party”.

July 3rd, 2015: Tughans names Coulter as the partner who left in a dispute over allegedly diverted fees from Project Eagle. Coulter has denied any financial benefit.

July 10th, 2015: Nama tells PAC that Cushnahan and the two law firms were to split Pimco’s £15 million payment equally, getting £5 million each.

September 7th, 2015: It emerges that the US department of justice has sent a subpoena for information on the Project Eagle deal to Cerberus.

October 1st, 2015: Nama chairman Frank Daly accused Mick Wallace of a “serious misrepresentation of the facts” in relation to allegations about the sale of its Northern Ireland loan book. A few days later, Nama said that Wallace had no evidence for his claims.

December 1st, 2015: Nama said it may refer former advisory committee member Frank Cushnahan to the State’s ethics watchdog as a result of the controversy.

June 1st, 2016: Two people were arrested by the UK’s National Crime Agency in connection with its investigation into the Project Eagle sales.

July 12th, 2016: It emerged that Nama’s Frank Daly made a complaint to the State’s ethics watchdog about Frank Cushnahan.

September 2016: The Comptroller and Auditor General published a report saying Nama could have lost the State up to €220 million on the sale of Project Eagle.

October 4th, 2016: The Government agreed to establish a commission of investigation into the sale of Project Eagle.

November 17th, 2016: Cerberus said it paid £15 million to lawyers linked to Frank Cushnahan for extra information that the company believed would aid its bid for Nama’s Northern Ireland loans.

January 24th, 2019: The North’s Public Prosecution Service (PPS) confirmed it received a file of evidence from the UK’s National Crime Agency which contains the names of eight potential suspects linked to allegations surrounding the Project Eagle.