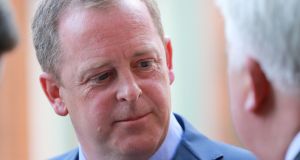 Two cofounders of publicly quoted Cairn Homes, Michael and Kevin Stanley, and their three brothers have won an appeal against a 2015 High Court ruling that left them facing a €35.5 million tax bill, according to the Sunday Times.

The Court of Appeals said the earlier judgment had erroneously concluded that the men owed the tax. It stemmed from a deal more than a decade ago in which Shannon Homes, a company co-owned by their father, was restructured and his shares were transferred to his sons.

AIM-listed San Leon launched the counter-suit in the High Court last Thursday, a week after Dutch investment company Avobone sought the wind-up petition, according to the report. Avobone is said to be unhappy with the loan security terms agreed as part of a deal for the oil explorer to pay the debt by January 15th at the latest.

The Residential Tenancies Board has sent out 15,000 landlords warning them that they face fines of up to €3,000 if they do not fulfil their obligations to register with the organisation, according to the Sunday Business Post.

It has also followed up by issuing a further 5,000 enforcement letters and 700 solicitors letters to so-called rogue landlords who failed to respond to the board, the newspaper said.

In one letter, seen by the newspaper, Start said a borrower was in arrears to the tune of €33,415, when the person owed just €6,743. The paper cites a source as saying that the affected borrowers’ indebtedness remained the same, despite the miscalculation, and that there had been no overcharging.

The Sunday Independent reports that AIB has invested €30 million in Kilkenny-based financial technology company TransferMate in a deal that values the recipient at as much as €300 million.

The Sunday Independent also reports that Irish telehealth start-up VideoDoc is seeking to raise as much as €20 million to expand in Europe and the US.

The company, which recently closed a €2.8 million fundraising that valued it at €17 million, has signed deals with Airbnb and the British Armed Forces for videolink health services, according to the report.