Business This Week : Dairygold results due and new car figures

Tesco reports as does Delta plus economic indicators and meetings 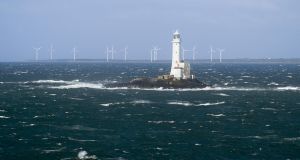 For years they have motored along offering little fuel for debate but today new car sales figures (Central Statistics Office March data is published on Monday) are beginning to look interesting.

Although the official State record, the CSO data have always lagged in the rear view mirror of that produced by the Society of the Irish Motor Industry (Simi) but together they are beginning to tell a story.

Last week Simi reported that in the first three months of this year sales of electric vehicles surpassed the total for 2018. While the numbers remain small (1,437 so far this year), it is the explosion in the percentage rate that stands out.

This pattern is expected to accelerate in 2019, and both Simi and CSO data will make for compelling reading to anyone interested in motor industry revolution or carbon emissions.

For the record, last month the CSO reported that in the first two months of the year 982 electric cars made their way (silently) from Irish forecourts, while electric-hybrid sales almost touched 3,000.

Meanwhile, the Department of Transport’s recently published annual Bulletin of Vehicle and Driver Statistics reported that the 4,825 total electric vehicles on Irish roads last year represented an increase of 65 per cent on 2017.

The marriage of industry and green energy is an increasingly common theme in a country destined to fall badly short of its emission reduction targets.

It is, of course, always good practice to emphasise what the private sector can do, how it can get started, and why it should bother (given cost pressures of long-term investment).

The International Energy Research Centre annual conference will push the agenda of climate change solutions by bringing together the national and international energy industry – appealing to entrepreneurs, innovators, researchers and industry figures – to consider what might be done.

“Innovation is vital for the energy sector to develop new ways to reduce carbon emissions across power, transport and heating particularly,” Minister for Climate Change Richard Bruton said ahead of the event.

Conference organisers highlight the context in which participants gather – the effects of Brexit on Ireland’s energy reserves, security of supply and enduring pressure to reduce carbon.

It may be time to innovate, but it is also time to sell. The ability of the urgent green message to penetrate the private sector depends on which area one considers – a recent survey by the Sustainable Energy Authority of Ireland found most SMEs simply don’t have the time or money to invest in energy efficiency.

Meanwhile on the same day in Dublin a similar message will emanate from the Institute for International and European Affairs which hosts Christian Rynning-Tønnesen, chief executive of Statkraft, Europe’s largest producer of renewable energy.

He will discuss the similarities between Ireland and Norway – wind exposure in particular – and both the opportunities and challenges of renewable energy development.