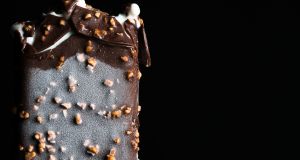 Unilever is stockpiling ice creams in Britain and deodorants in continental Europe to guard against potential supply disruptions in the event of a no-deal Brexit.

The Anglo-Dutch consumer giant, which is the world’s largest ice cream seller, makes British favourites like Magnum bars in Italy and Germany, and is building up a few weeks of extra inventory in Britain in case of any border delays.

Likewise, several of its European deodorants, including Axe, Dove and Rexona, are made in Britain.

“A few weeks of extra inventory is one of the important steps we are taking to make sure that we minimise any disruption to our customers and consumers,” Alan Jope, Unilever’s new chief executive, said on Thursday.

He said “weeks of inventory, not months and not days”, was the right amount for consumer packaged goods.

“One of the lessons we learn over and over again is when you do build inventory, it very often ends up being not exactly the right mix of products.”

With Britain at risk of leaving the EU without a deal, Unilever is the latest consumer and retail firm to take measures to keep imports and exports smooth.

In addition to finished goods, Unilever is also increasing stocks of raw materials such as aluminium cans and cardboard.

Such logistical costs are among those the Anglo-Dutch company has incurred this year to prepare for Brexit. The others are artwork changes to labels to prepare for different regulations and the hiring of customs experts. – Reuters