Shareholders voted to merge in October 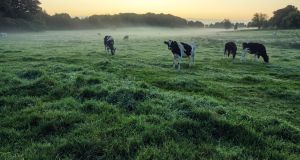 Investigations by competition authorities are generally expected in the case of substantial mergers.

UK regulators formally launched an investigation into the merger between Lakeland Dairies and LacPatrick co-op on Wednesday.

Shareholders in both groups voted in October to merge in a move to create a business that will generate revenues of €1 billion.

The Competition and Markets Authority (CMA) in the UK is considering whether the transaction will lead to a “substantial lessening of competition within any market” in the UK.

While the deadline for the phase one decision on the merger inquiry is March 13th, the CMA says that deadline could move. It has invited comments up until January 31th. Separately, the CCPC’s investigation is still active.

Such investigations by competition authorities are generally expected in the case of substantial mergers.

It is expected that the merger will be completed in early 2019 and the new Lakeland Dairies will have 3,200 suppliers and will process more than 1.8 billion litres of milk a year, with annual revenues of more than €1 billion.

Previously, rival dairies Dale Farm, Glanbia and Aurivo had been touted as possible suitors for LacPatrick, which was formed from a merger of Co Derry-based Ballyrashane with fellow co-op Monaghan Town in 2015.