Pet food manufacturer, operating in Wicklow since 2011, is considering moving operation to Germany 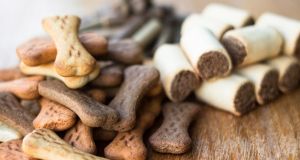 Pet food manufacturer Rondo Foods could close its Arklow plant as soon as January 2020, leaving about 150 people out of work.

In a statement, the company which manufactures snacks for cats and dogs under private labels said it informed staff last Friday that a relocation of its Arklow operation to Krefeld, a city in east Germany located near Düsseldorf, was under consideration.

“There is a possibility that the plant in Arklow will close in January 2020,” the company added.

Rondo entered the Republic in 2011 when it acquired the business of Gaines Europe Ltd. While it has undertaken “considerable investments” in modernising its Co Wicklow facility in the past few years, “the necessary turnover has not been reached in order to achieve viable financial results for the company”.

Sinn Féin TD for Wicklow, John Brady, called on Enterprise Ireland and the Government to do everything it could to save jobs at the facility. The loss of jobs, he said, would be “devastating for the local economy”.

“In a week when we’ve heard of job losses, studios and factories closing across the midlands and southwest, every effort must be made to save these jobs,” he said.

“Unfortunately Arklow has lost too many good businesses over the last few years and we can’t allow the same happen with Rondo Foods.”

But Rondo’s statement appears to suggest that a U-turn of its decision is unlikely. The company said that while efforts have been made over the past number of years to develop the plant successfully, “the financial results are not satisfactory”.

“We cannot jeopardise the entire Rondo Food Group and now have to consult with the works committee how the current situation in Arklow can be addressed”.

Rondo, which employs 650 staff across its operations, still refers to the Arklow operation on its website as a “stepping-stone for business outside Europe”.

But, in 2018, the latest year for which financial results are available, Rondo’s turnover there slipped by 12 per cent to €13.5 million while its pretax loss more than doubled to €1.6 million. The Irish business’s German parent company, Rondo Foods GMBH, advanced almost €4 million in loans during the year, bringing the total lending to €20.1 million.