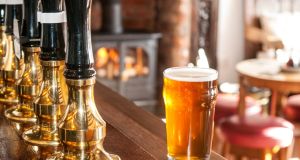 Pub giant Mitchells & Butlers has hailed a “strong” year after investment across its sites helped to boost sales despite “challenging” conditions in the sector.

The Birmingham-based company, in which Irish horse-racing magnates JP McManus and John Magnier hold at 23.5 per cent stake, saw like-for-like sales jump 3.5 per cent in the year to September, as total revenues rose to £2.23 billion.

It also saw pre-tax profit for the year increase, rising by 36 per cent to £177 million for the 12-month period. Nevertheless, the All Bar One owner said sales growth has slowed to 1.4 per cent for the most recent seven weeks due to wet weather.

The group said that performance was boosted by its programme of investment into refurbishments, with 240 of its 1,748 pubs being “remodelled” during the year.

Phil Urban, chief executive of the pub group, said he believed the investment has put the company in a “stronger position” as it moves forward into the new financial year, while it expects challenging market conditions to continue.

Food sales across the business jumped 3.4 per cent, while drinks sales increased by 3.2 per cent, driven by increased spend per customer.

The Toby Carvery owner noted that the dining industry has continued to be impacted by “rising costs” and “supply which has outstripped demand” over the year. It said the return to profit growth highlighted “significant progress” given the inflationary headwinds weighing on the sector.

Mr Urban said: “These strong results reflect the work we have done over the last few years, first to build sustained sales growth and then to convert that into profit growth.

“It has been extremely encouraging to see an improvement in like-for-like sales growth across the portfolio during the year, fuelled by our Ignite programme of work.”

It said it has also invested to improve its technology over the year, including the launch of an app and increasing its delivery service through Just Eat and Deliveroo to 273 sites. – PA