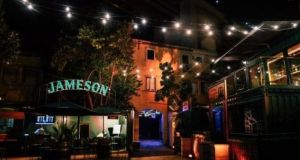 Jameson said it sold more than two million cases in the US in a six-month period for the first time.

Jameson sales rose to a record eight million cases in 2019 with the whiskey producer seeing its largest sales month in history in December.

In another first, Jameson said it sold more than two million cases in the US in a six-month period for the first time. In addition, it recorded double-digit growth in a number of markets.

Jameson Black Barrel achieved sales growth of 26 per cent for the six months ending December 31st with Irish Distillers also reporting a strong performance for premium brands such as Redbreast, which was up 24 per cent.

“Jameson has been driving the growth of the Irish whiskey category for the past 30 years, and as these results show, it continues to thrive, and we are incredibly proud of this growth,” said Conor McQuaid, chief executive of Irish Distillers.

At group level, Irish Distillers owner Pernod Ricard, the world’s second-biggest spirits group behind Diageo, cut its full-year profit growth outlook due to the coronavirus, which it said would likely have a severe impact on third quarter sales.

Asia Pacific accounts for 44 per cent of Pernod Ricard’s sales and is a key growth driver for the group. China is Pernod’s second largest market after the US, accounting for around 10 per cent of sales, and the company has been banking on China’s growing middle class and younger generation to further boost sales.

The group is now forecasting organic growth of between 2 per cent and 4 per cent in profit from recurring operations for the year to June 30th. That compares to a previous forecast for 5 per cent to 7 per cent growth.

First-half profit from current operations reached €1.78 billion the group said, an organic rise of 4.3 per cent, above analysts’ expectations for a 3 per cent increase. Sales reached €5.47 billion, up 2.7 per cent. – Additional reporting: Reuters