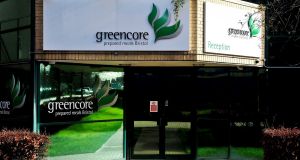 Shares in convenience foods group Greencore have jumped up to 8 per cent in the past three days, after it emerged that New York activist hedge fund, Coltrane Asset Management, had built up stake of more than 3 per cent through financial derivatives.

“The appearance of activist guys like this always raises suspicions and eyebrows,” said a stock analyst, who declined to be identified. “I’ve had some questions [from clients] on Coltrane in the last few days. It’s sparked a bit of debate.”

Still, the analyst said he does not see any reason for Coltrane to agitate for strategic change at Greencore, which has now mainly focused on the UK after selling its US business last year for $1.07 billion (€970 million).

Greencore’s shares, which were sold off after it reported weaker-than-expected quarterly sales data in July, have also been bolstered in recent days by a bolt-on acquisition of a UK salads firm and a move by HSBC analysts to raise their stock price target.

It is understood Coltrane started buying Greencore shares about 18 months ago and there have been no signs to date that it has been seeking to push management, led by chief executive Patrick Coveney, in any particular direction. A spokesman for the company declined to comment, while it was not possible to secure comment from Coltrane.

That has not stopped market speculation in recent days. Coltrane is best known on this side of the Atlantic for its activities in the UK, where it has been a thorn in the side of boards of several listed companies.

The company tipped outsourcer Interserve into a pre-pack administration earlier this year by blocking a debt-for-equity swap deal with its lenders. Mr Manku’s firm is also reported to have made £4 million (€4.4 million) correctly betting against the shares another UK contractor, Carillion, before its collapse last year.

In July Coltrane disclosed a 3.3 per cent CFD position in Sports Direct, prompting speculation about its intentions. Coltrane has also been a shareholder for some time in Dublin-listed Cairn Homes, holding an 8.1 per cent interest.