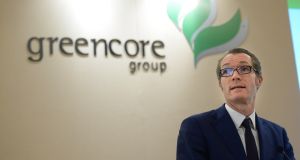 Greencore plans to return £509 million to investors by way of a tender offer priced at £1.95 per ordinary share, representing a 17.5 per cent premium to Wednesday’s closing price.

The convenience food group will acquire up to 261 million shares, or about 37 per cent of its issued share capital.

Greencore’s tender offer comes after its surprise market announcement that it was selling off its US business to Hearthside Foods for $1.075 billion.

The company then said it planned to return capital to shareholders in the form of a special dividend. However, at an extraordinary general meeting in Dublin, some shareholders voiced concern about the tax implications of the proposed scheme.

Greencore, which is responsible for three out of every five sandwiches sold in the UK, opted for a tender offer, which will still return capital to shareholders.

The implementation of the tender offer requires shareholder approval, given the volume of shares that will be acquired.

Shareholders will be consulted on the plan at the company’s annual general meeting to be held on January 29th.