Fevertree loses its sparkle as taste for premium tonic sours 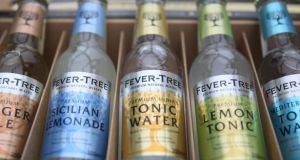 Drinks maker Fevertree issued its second revenue warning in three months, sending its shares down 20 per cent on Monday as disappointing Christmas sales raised fears that the premium tonics’ market has lost its fizz.

The company said its annual profit would be 5 per cent lower than a year ago. Revenue for the calendar year 2020 was expected to rise 9.7 per cent to £260.5 million, it said, but that was lower than its forecast in November for revenue of between £266 million and £268 million.

“The wider retail environment in the UK experienced a challenging Christmas with the mixer category not immune from the weak consumer confidence and corresponding slowdown in spending,” the company said.

Once a market darling, Fevertree grew rapidly to become a strong competitor to Coca-Cola’s Schweppes – the market leader in premium tonic waters in Britain – as sales of high-end gin surged in the past few years.

Fevertree shares have risen more than 11 fold since the company listed in 2014 but since the start of 2020 they have plunged more than 30 per cent, including Monday’s losses, as weakening consumer spending halted growth.

Fevertree said revenue growth this year would be driven by strong demand for mixers in the United States and continental Europe. – Reuters