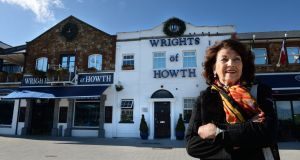 The Howth-based Wright seafood and restaurant group last year recorded a pretax loss due to €500,000 in redundancy costs.

Accounts filed by Ireland’s Eye Seafoods Ltd show it recorded a pretax loss of €102,589 in the 12 months to the end of January last after recording a pretax profit of €695,271 in the prior year. Revenues dipped by 6 per cent to €20 million.

The directors state that they were pleased with the overall performance in the 12 months to the end of January last and noted that the loss was due to the once-off redundancy costs incurred.

The main activity of the group was selling smoked salmon and other deli products, wholesale and retail of fish products, operation of a convenience store in Dublin Airport, operation of a restaurant in Howth and running a food court at Terminal Two in the airport.

A note attached to the accounts states that a subsidiary, Wrights Airport Convenience Store Ltd, renewed its tender with the Dublin Airport Authority in February 2019. As part of the tender, the company committed to a €600,000 capital refurbishment of the unit.