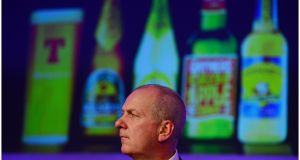 Drinks company C&C said chief executive Stephen Glancey is to retire from his role, leaving the company at the end of February.

He leaves the role of chief executive immediately, but will be available to assist with the handover to a successor.

Chairman Stewart Gilliland has been appointed interim executive chairman, and the search for Mr Glancey’s successor will begin shortly, the company said.

Former group operations of Scottish & Newcastle, Mr Glancey was appointed C&C group chief executive in 2012, after three years as group finance director. Prior to that, he was appointed chief operating officer of C&C in 2008.

“The board would like to thank Stephen for his significant contribution to C&C over many years,” Mr Gilliland said. “The company is well positioned to continue to implement its established strategy to deliver value for shareholders and Stephen will continue to be available to help facilitate a smooth handover.”

C&C said trading across the group for the four months to December 31st, 2019 has been in line with expectations, and was on track double-digit earnings per share growth for its fiscal year 2020.