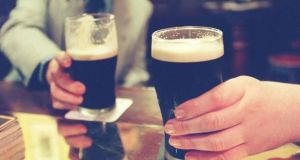 Some 1,545 bars closed in the Republic from 2005 to last year, figures show. Photograph: iStock

A lobby group for the drinks industry in Ireland has called on the Government to reduce excise duties by 15 per cent over the course of the next two budgets to help boost the viability of rural pubs.

According to the Drinks Industry Group of Ireland (DIGI), more than 70 rural pubs closed last year taking the number that have gone out of business since 2005 to 1,535.

DIGI said nearly 20 per cent of rural pubs have closed over the past 14 years, compared to just 1 per cent in Dublin.

Its figures, which are derived from data from Revenue, shows some 313 pubs have closed in Co Cork over the past 14 years, equivalent to nearly 26 per cent of all bars in the county.

In Co Tipperary the number of bars has declined by almost a quarter since 2005 with 118 pubs shutting. In Co Mayo, some 98 bars have shuttered, equivalent to 21 per cent of all bars in the county.

Over the same period, Dublin experienced a net loss of just 10 pubs, DIGI said. Overall, some 1,545 pubs closed between 2005 and last year.

The lobby group attributed this decline to the State’s rate of excise duties, which it said is currently the second-highest in the European Union.

It has called on the Government to reduce the excise rate by 7.5 per cent in Budget 2020, with a similar cut urged for the following year.

“Ireland’s rural pubs have been on a steady decline for years, despite their immense importance and contribution to local communities across the country. Our high alcohol excise tax has played a role in this,” said Rosemary Garth, chair of DIGI and director of communications and corporate affairs at Irish Distillers, which is part of the Pernod Ricard group.

“DIGI is calling on the Government to take action to protect a vulnerable part of the Irish economy from further collapse by reducing alcohol excise tax by 15 per cent over the next two years,” she added.