C&C to switch listing from Dublin to London next month 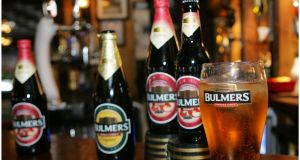 C&C shares will cease to be traded in Dublin from next month as the drinks company transfers its main stock exchange listing to London.

The company behind Bulmers cider decided earlier this year to delist from the Euronext Dublin exchange and seek inclusion in the FTSE UK Index Series, reflecting the fact that most of its revenue is now generated in the UK.

In an update, C&C said its shares would cease trading in Dublin at the close of business on October 7th.

“ After this date, C&C’s shares will be traded solely on the London Stock Exchange in sterling,” it said.

The company is expected to be included in the FTSE All-Share Index and the FTSE 250 from December 23rd, subject to it passing certain liquidity and size thresholds.

It will remain domiciled and tax resident in Ireland, with its registered and corporate head office located in Dublin.

In its statement, the company listed the reasons for switching to London.

“Following the acquisition of (UK drinks wholesaler) Matthew Clark and Bibendum in 2018, a majority of the group’s revenues, earnings and activities are now derived in and from the United Kingdom and there has been a consequent reduction in the proportion of C&C’s revenue and profit earned in Ireland,” it said.

It also noted the continued evolution of C&C’s shareholder base, with a majority of the group’s shares now held by shareholders based in the UK and North America.

The company also said that being included in the FTSE UK Index Series was likely over time to increase awareness of C&C among the investor community.