All on-site facilities including Eatyard and arts spaces to shut 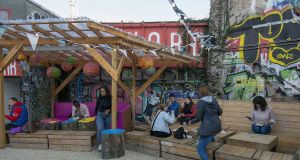 Well-known Dublin pub the Bernard Shaw is set to close at the end of October, along with the neighbouring Eatyard, with the owners saying the closure is now out of their hands.

The popular Portobello haunt will finish its operations after 13 years in business though a post on Facebook alluded to a desire to remain in operation.

“It’s with heavy hearts that we announce the end of our Bernard Shaw adventure,” they wrote on Facebook. “At the end of October, 2019 we will close the Shaw, Eatyard, all organisational, art and performance spaces and everything else in the building and yards – for good.

“We’ve tried really hard over the last few months to renew the lease, stay on longer, or buy the place. A lot of things didn’t go our way over the last 12 months either, but it’s out of our hands now unfortunately.”

The exact cause of the closure remains to be seen but the business appeared to have been highly profitable. According to accounts for Bernard Shaw Taverns Limited, the business made a €622,416 profit in 2018, when it employed 27 bar staff.

It's with heavy hearts that we announce the end of our Bernard Shaw adventure. At the end of October 2019 we will close the Shaw, Eatyard, all organisational, art and performance spaces and everything else in the building and yards - for good.https://t.co/CGDpyluYIv

It did, however, encounter planning difficulties earlier this year with An Bord Pleanála refusing permission for the business to operate its beer garden and extensive dining area. Although Dublin City Council granted the pub permission to continue using the outdoor sections, an appeal by a local resident was ultimately successful.

In particular, An Bord Pleanála said that to grant retention permission would likely delay or undermine regeneration of the site immediately adjacent to the Bernard Shaw. Additionally, local residents objected citing public order issues and noting a failure by the pub to provide acoustic barriers as required by previous permission.

“We’d like to say a huge thank you to everyone who was part of this 13 year adventure. Our landlord, our neighbours and the council were by and large all brilliant and very helpful and supportive,” the owners said in the Facebook post.

“Dublin is changing, we can all see and feel it but we are going nowhere & we won’t go down without a fight. We’ll start something else, somewhere else, plans are afoot, and keep fighting the good fight,” the owners added.

Singer Hozier was among a large number of people who expressed sadness and anger at the news. Writing on Twitter, he said: “I’m sorry to read this. What is most special and unique about Dublin are Dubliners themselves, and spaces like this where culture and community is fostered & grows. Without interesting places like these the city loses its heartbeat.”

A spokesperson for the owners said they would not be commenting tonight beyond the Facebook statement.

The Bernard Shaw, in a pub formerly known as Bambrick’s, is controlled by Bodytonic which also runs the the Back Page in Phibsborough and the Square Ball in Dublin 2, among other venues.