Aryzta investors seek to oust McGann and Toland from board 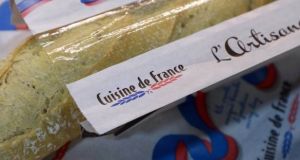 Aryzta will consider a request from investors to hold an egm.

Two of Aryzta’s largest shareholders have called for an extraordinary general meeting (egm) to remove several directors, including both chairman Gary McGann and chief executive Kevin Toland, from the board of the troubled baked goods group.

The move marks a serious ratcheting up of tensions within the Swiss-Irish listed group, which has been struggling to halt a five-year long slide in its share price.

Activist investors Cobas and Veraison, which have a combined holding of 17.8 per cent, requested the egm in a bid to unseat Mr McGann and four other directors: Mr Toland, Annette Flynn, Dan Flinter and Rolf Watter.

The investors are seeking to elect Urs Ernst Jordi to the board and as chairman, and are also proposing the election of Armin Bieri and Heiner Kamps to the board.

The changes, if adopted, would see the current board shrink from 11 to nine.

The investors have been calling on the company behind Cuisine de France bread and doughnut maker Otis Spunkmeyer for changes to help boost its share price, which has fallen by over 98 per cent in five years.

The company’s complex capital structure and its underperforming US arm have been cited as potential negatives for investors.

Aryzta confirmed that it had received the request and that it would “carefully consider” it.

The company is due to publish financial results next week, which will reveal its exposure to coronavirus, particularly in the US, where the company holds a number of large contracts with quick-serve chains such as McDonald’s and Subway.

Aryzta last week announced a further strategic review of the company on foot of another slump in its market valuation. It said it had appointed financial advisory group Rothschild & Co “to undertake a review of all strategic and financial options available to the group to maximise value for the benefit of all of the group’s stakeholders”. The review is expected to be concluded by the end of July.

The company has an obligation to hold an egm within two months of the request, setting up a potential showdown with investors in advance of the strategic review being completed. A third shareholder – J O Hambro Capital – has also indicated its intention to support the other investors, creating a voting bloc holding 23 per cent of the group’s shares.

In a statement, Veraison said: “Aryzta’s board has overseen significant and consistent value destruction for shareholders in recent years.

“Four of the current 11 members of the board of directors have been in office since 2016 or longer and share responsibility for the problems that have remained unresolved for years (also after the capital increase of 2018),” it said.

Veraison said the proposed changes “aim to strengthen the board of directors immediately in order to help rebuild trust in Aryzta for all stakeholders”.

“At the same time, the shareholder group regrets that the Aryzta board of directors has so far shown no real willingness to cooperate constructively,” it said.