Alcohol consumption declines in US but Irish whiskey sales buoyant 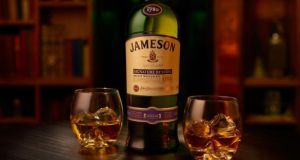 Data from International Wine and Spirits Research (IWSR), show alcohol consumption fell by 0.2 per cent overall. This is equivalent to 17.6 million gallons or 7.4 million nine-litre cases, and is more than double the amount that consumption dropped by in 2016.

The bright spots were in wine and spirits which stole market share from beer and increased in volume.

Whiskey sales rose 3.9 per cent overall, easily outperforming sales of other spirits. The jump in volumes was led by Irish whiskey, which grew at 16.3 per cent, down from 17.6 per cent a year earlier but still strong considering the overall trend. Scotch sales were up by just 0.1 per cent by comparison.

Overall, spirits sales were up 2.3 per cent with wine volumes rising 1.3 per cent. Beer sales fell by 0.5 per cent, a heavy loss given that it accounts for 79 per cent of total alcohol consumed in the US.

IWSR attributed the decrease in beverage alcohol consumption to the slow-building trend of moderation or not drinking at all.

The US is the leading market for Irish whiskey followed by Ireland, France, the UK and South Africa.

Irish whiskey is sold in at least 135 countries and exports are forecast to double to 144 million bottles by 2020.

Airbnb backs creation of EU digital regulator after court win 12:33
Pensions: Estonia plans to unleash a potential €4.85bn on economy 11:53
Dublin Port accounts for two-thirds of vessel arrivals, half of goods handled 11:14
Tullow shares rally as African oil veteran’s stake nears 10% 10:27
Britain after Brexit will not be alone, but it will be lonelier 10:17

1 Election 2020: Parties' pledges on housing simply don’t add up
2 Britain after Brexit will not be alone, but it will be lonelier
3 Pensions: Estonia plans to unleash a potential €4.85bn on economy
4 Marlet snaps up 1.8 acre Sandyford site for €17m
5 Getting out from under ‘never-ending’ Celtic Tiger debt burden
6 Orange Capital Partners acquires prime Dublin rental portfolio for €75m
7 Banks withdrawing from ATMs – another failure of regulation
8 Fair Deal nursing homecare leaves little for bills and gifts
9 Ryanair accepts four-year labour agreement with Irish pilots
10 It’s getting easier and more profitable to be green
Real news has value SUBSCRIBE