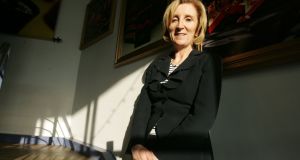 The acquisition of chocolate and dessert maker Lily O’Brien’s has been completed by Colian Holding, a company listed on the Warsaw stock exchange.

The polish food producer paid €40 million for a debt-free acquisition of Lily O’Brien’s which was established in 1992 by Mary Ann O’Brien in Kildare. Today the company employs 120 people at its Newbridge base and, prior to the acquisition, was backed by CCI, a private equity fund, which acquired a majority shareholding in the group in January 2013.

Lily O’Brien’s will continue to be run by its existing Irish management team led by chief executive Eoin Donnelly, while Mary Ann O’Brien will remain as a director and consultant to the company.

“Colian’s vision is to continue the growth trajectory of Lily O’Brien’s as a premium global chocolate and dessert brand through further investment in production, sales and marketing, and innovation,” the company said in a statement Thursday. In an effort to support that growth, the company will continue to develop its Newbridge operations, it said.