No crumb of comfort: Rents and wages drive up losses at Itsa Bagel 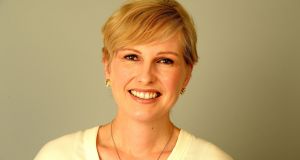 An increase to the minimum wage and higher rents were to blame for losses at food company Itsa Bagel ballooning by a third last year, according to its owner and chef Domini Kemp.

Itsa Bagel, which was established in 1999, operates in both commercial and public spaces and its clients include Arnotts, Brown Thomas, Harvey Nichols, Value Retail, Powerscourt Estate, the Hugh Lane Galley, and the Irish Museum of Modern Art.

The company increased its number of employees from 106 to 110. The cost of wages and salaries increased from €2.35 million to €2.42 million.

The directors of the company, Domini Kemp, Peaches Kemp and Roark Cassidy, received remuneration of €265,429, down from €292,091 in the previous year.

Speaking to The Irish Times, Ms Kemp said the results followed a difficult year for the business.

“It was a challenging year with minimum wage increases, rent increases [and] insurance increases,” she said. “When you have constant increases on wages, that’s also hard because certainly people are still very price sensitive.

“There was a lot of tidying up with some onerous leases. We had one very onerous lease and two outlets that were absolutely not responding.

“The noose around the neck of having some of these leases is that they can be a real drain on resources and time focus, so it’s great not to have that burden. Certainly, during the recession, the business probably doubled in locations but turnover remained flat.

“So, we’ve disposed of three businesses and we’re in the process of disposing of a fourth lease. Nonetheless, we increased our revenues by about 3 per cent. It was a challenging year but we had a lot of tidying up to do with Celtic Tiger leases.”

Ms Kemp said the business was in a “much better position” for 2018 with moves afoot to streamline its offering.

“Results next year will show an improvement,” she said. “There’s been a lot [of activity] in the last two years, but I would look to improve the position in the coming year as we’re much lighter than we were.

“The business is starting to change in the sense that we are trying to streamline the amount of brands that we have. Also, our wholesale business has increased significantly, which wasn’t in existence about two years ago.”