ECJ rules in favour of Aldi in Champagne sorbet case 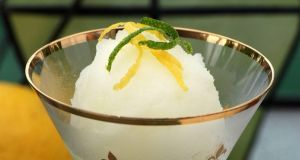 “A sorbet may be sold under the name ‘Champagner Sorbet’ if it has, as one of its essential characteristics, a taste attributable primarily to Champagne”

The European Court of Justice (ECJ) has ruled that if a sorbet really tastes like Champagne that is what it can be called. The court has ruled on a case involving France’s protective CIPV committee of Champagne producers which sought a ban on the German Aldi chain selling “Champagne sorbet” in its supermarkets.

Even though the court left the ultimate decision to a German court, it did say that the name could be used if the icy treat “has, as one of its essential characteristics, a taste attributable primarily to Champagne”.

Aldi’s Champagne sorbet contains 12 per cent Champagne. The court said that the quantity of the bubbly itself “is a significant but not, in itself, sufficient factor”.

The five-year old case started when Aldi Sud sold the sorbet in its German stores marketed as “Champagner Sorbet”. It contained 12 per cent Champagne. This was a step too far for industry lobbying group Comite Interprofessionnel du Vin de Champagne (CIPV) which asked a German court for an injunction to stop the sale, saying that the Champagne sorbet was free-riding on the quality and prestige of the real thing.

The court subsequently asked the Luxembourg-based EU ECJ to clarify the commercial use of the European Union’s protected designation of origin. This designation gives protection to hundreds of local delicacies, including Greek feta cheese, English Stilton cheese, Italian Grana Padano cheese and Rioja wine from Spain.

The ECJ said the sorbet did not exploit this rule. “A sorbet may be sold under the name ‘Champagner Sorbet’ if it has, as one of its essential characteristics, a taste attributable primarily to Champagne,” the ECJ said. “If that is the case that product name does not take undue advantage of the protected designation of origin ‘Champagne’,” the court wrote in its judgment.