USI joins with TUI to campaign 'against erosion' of higher education

Campaign calls for the provision of free, publicly funded higher education as a 'public good' 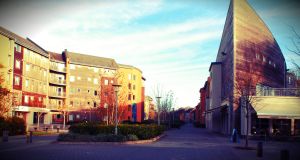 The Union of Students in Ireland (USI) has joined with the Teachers Union of Ireland (TUI) to campaign against the “erosion of the publicly funded higher level education system and safeguard higher education for future generations.”

The ‘I Value Higher Education’ campaign calls for the provision of free, publicly funded higher education as a “public good” and highlights the importance of third level education to society.

“The USI is proud to join with TUI on the ‘I Value Higher Education’ campaign which seeks to promote the value of higher education in Irish society. The campaign acknowledges higher education as a central function within the social, cultural and economic fabrics of Irish society," USI president Kevin Donoghue said.

Mr Donoghue added that the campaign “recognises the contribution already made to Irish economic growth and social development through the provision of publicly funded higher education and promotes free higher education as a public good.”

The announcement comes amid an escalating third level funding crisis, with the Higher Education Authority currently reviewing the performance of at least five Irish third level institutions to help return them to financial stability.

The USI said that the level of funding provided has not “kept pace” with the expansion of the public higher education sector amid rising student numbers.

“Presently, there are just over 200,000 students attending higher education programs in the Republic of Ireland. There has been an increase in student numbers of up to 20 per cent between 2008 and 2014.

Mr Donoghue warned of the “irreparable damage” to future generations if urgent action is not taken.

“The funding cuts, rising student numbers and reduced staffing levels are pushing the higher education system to breaking point. The established quality and standards of the Irish publicly funded higher education system are being put at risk. If the current situation prevails much longer, irreparable damage will be done to the educational future of the next generation,” he said.

Assistant general secretary at the TUI Aidan Kenny said that it is “vital” that students and lecturers work together to achieve an education system that is, “accessible to all.”

“Higher education as a public good should be funded collectively by society through general taxation, corporation tax and a higher education levy. It is vital that students and lecturers work together to achieve the aim of free quality higher education which is accessible to all,” he added.

“The market model of student loan schemes is not appropriate as it places an unacceptable individual debt burden on students and commodifies higher education into a product which can be sold,” he concluded.

The USI is encouraging supporters to sign a petition in support of the campaign.