Student accommodation concerns must be addressed 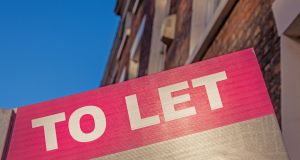 Many of us remember the difficulties and hardship caused by ‘the mortgage’ when we were young. Despite the complaints, fear and anger of our parents when the next mortgage payment was due, we slept easy at night comfortable in the knowledge that it would be a long time before we would be old enough to have to consider such stomach-churning financial matters.

But the pace of our modern world is causing the average university student to face similar fears much sooner than originally anticipated.

Accommodation is an issue that is of primary concern for students. A safe and comfortable place to sleep and study in close proximity to the university can contribute hugely to academic success.

Poor accommodation can cause stress, physical and psychological difficulties and quite simply, can also lead to misery. To combat this in recent years we have seen a drive towards improving the quality of student accommodation and a growing chorus calling for the setting of certain minimum standards.

On the face of it, this would seem to be a positive movement. But it seems that there has been a failure to consider the potential for abuse by corporations and a failure by the Government to keep up-to-date with the growing student accommodation market.

Many businesses were badly stung by risky property investments that led in part to the financial crisis. True to the old saying they were once bitten and are now twice shy. And, therein is the attraction of the student market.

Student accommodation is seen as a safe bet. Neither universities nor their students will disappear overnight. This guarantees a steady stream of rent for the large international firms who are taking over an ever increasing number of purposefully built student residences.

They will naturally be encouraged to ensure that their accommodation complies with minimum standards; they may even carry out some renovations. But at what price?

Allowing large firms to take over student residences creates a monopoly. This allows them to do as they wish. It was reported recently that rent in Cúirt na Coiribe, Galway was to be increased by €1000 euro per year. This troubling announcement was made days before exams commenced and students were given just a few days to accept the changes or risk losing their place. Despite efforts by the student union the matter, like all important issues, has disappeared from public attention like a stone thrown into the sea.

This is just the start. It is foolish to think that such occurrences are confined to Galway. Undoubtedly, students all across the country will soon face similar difficulties as more investors begin to seize their opportunity.

Such developments in the student accommodation sector are unacceptable. Students are already beginning to feel the stress of rent hikes. Many are being forced to work to pay for rent and university fees. The difficulties of balancing work and study not only jeopardise their ability to succeed in university but also results in an inability to pursue hobbies and to have a social life. The greed of investors is depriving students of the full enjoyment of life.

As rents rise parents also come under increased pressure. It seems that for working parents there is simply no way to get ahead. More importantly there are serious risks to the economy as a whole. As international companies buy up student accommodation across the country they divert money out of the country. Traditionally, the money from rents would have been kept within the country and local communities by the private landlords who owned the property.

Furthermore, as parents struggle to pay rent and fees for their children it can be expected that the SUSI grant will not only have to be increased but that more students will require financial assistance. This will result in less money in the economy and we will soon find that the Government will have to dip into our resources to meet demand. In a country where we hear daily complaints about underfunding and under resourcing in the health and education sectors, this is a situation which is far from ideal.

We have often been told that sleeping in is not a legitimate excuse for missing a Monday morning lecture. The Government and the country’s universities cannot sleep in and ignore this issue. An urgent response is needed. Concerns surrounding student accommodation must be recognised and resolved before it is too late and unaffordable.