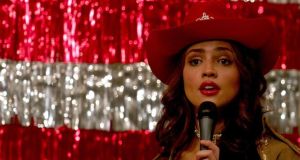 Have your say: Is semesterisation putting too much pressure on students? We thought we would ask you if you think Christmas and January exams putting students under too much pressure. Click through to contribute to the debate.

Third-level pharmacy students welcomed the removal of a ban on paid internship placements, required as part of the final two years of their degrees, writes Jack Power.

The president of University of Limerick (UL) has played down concerns that hundreds of students may have received incorrect exam results over a period of many years. Carl O’Brien reports.

An independent review of finances at Institute of Technology Tralee has concluded that the institution is overstaffed, losing money and experiencing significant cashflow difficulties. Carl O’Brien reports.

Concerns were raised this week that 45 new academic women-only posts could be seen as “positive discrimination” in correspondence between government departments. Read more here.

Post-doctoral fellowships and studentships worth up to € 96,000 each are among a wide range of awards and scholarships being offered by the National University of Ireland (NUI) in its 2019 NUI Awards Competition. Éanna Ó Caollaí reports.

Conrtoversial proposals for a student loan scheme to fund third-level education are being referred by the Government to the European Commission for detailed economic analysis. Read more here.

Virgin Media Dublin International Film Festival has announced a busy programme for its upcoming edition. Beginning on February 20th, this is the first festival to have the media company as its title sponsor. Donald Clarke reports.