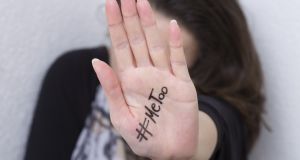 A recent study by NUI Galway indicated that about 70 per cent of women and 40 per cent of men reported experiencing some level of sexual hostility by the end of their third level studies. Photograph: iStockphoto

Sexual consent classes for students should be embedded across all third level colleges, according to the Minister of State for Higher Education. Mary Mitchell O’Connor told a forum of higher education representatives that she was “appalled” at the prevalence of sexual harassment and assault among students. Carl O’Brien reports.

Have you, or another student you know, engaged in humanitarian work through volunteering, campaigning, fundraising or other extra-curricular work? The Irish Red Cross is seeking nominations for its Student Initiative Award.

Students at Manchester University, one of the biggest universities in the United Kingdom, have voted to ban clapping, whooping and cheering at student union gatherings in a bid to help those with anxiety and sensory issues. Read more here.

The housing and homelessness crises are now affecting “everyone” and could become “the new water charges” in terms of mobiling protesters, those at a rally demanding action on the issue said on Wednesday. Up to 10,000 people, from all age groups, sectors and parts of the country, took part on the #RaiseTheRoof protest outside Leinster House in Dublin. Kitty Holland and Vivienne Clarke report.

Even the dog in the street knows housing policy is broken: For TDs, 10,000 protesters outside Dáil bring housing crisis uncomfortably close to home, writes Miriam Lord.

Waking the Feminists has inspired moves within the musical world to improve the lot for female composers. The Minister for Culture, Josepha Madigan, dipped into the Creative Ireland programme to deliver €20,000 a year over five years to co-fund the National Concert Hall and Sounding the Feminists’ five-year initiative “to promote creative work by female musicians”. Michael Dervan reports.

What constitutes western civilisation has always been contested. When historian Kenneth Clark was commissioned for the BBC’s famous series on the topic in the 1960s he confessed: “I had no clear idea what ‘civilisation’ meant, but thought it was preferable to barbarism.” What will replace ‘western civilisation,’ asks Joe Humphries.