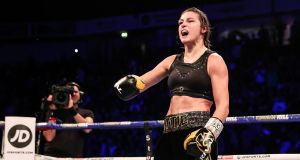 Women in sport has been a very hot topic in Ireland throughout 2019, and really for the latter half of this decade.

This conversation has run parallel with the cultural change movements that have dominated mindsets and news agendas, from the sustainability and climate change agenda to the search for stronger corporate purpose and values, to the wider debate around gender equality and women in business. Women in sport, and increasing the investment in, respect for, coverage of and participation in, is very much aligned to these wider conversations.

In 2019, we have seen significant milestones. Media outlets have spent significant budget on purchasing rights to female events and ensured female analysts are included in their teams for both male and female sports events. Sport for business continues to drive the agenda when it comes to women in the business of sport, The Irish Times has a page dedicated every week to women’s sport, while Cliona Foley and Newstalk have the Off the Bench podcast. All of this is contributing to this momentum. It is this “positive discrimination” that continues to make a difference.

The pace of change has been swift, aided somewhat by an enlightened societal acceptance that this is the right thing to do and aided by advances in technology and bolstered by the fact that it now makes commercial sense.

The momentum around the women in sport movement was particularly evident with the launch of the Sport Ireland Women in Sport policy last March. This is underpinned by two years of extensive research and provides a long-term, sustainable plan for women in sport that is designed to deliver tangible improvements across four pillars: coaching and officiating, active participation, leadership and governance, and visibility. This policy has the support, structure and Government funding to ensure a significant difference can, and will, be made.

When it comes to women in sport in Ireland, the picture is certainly more positive than it has been in previous years but the reality is that this is still a somewhat confused and contradictory picture.

The Teneo Sport and Sponsorship Index (TSSI) is a 1,000-person nationally representative survey that examines the Irish general public’s attitudes towards sport. This is the 10th year of the report and second year that the survey has had an extra specific focus on women in sport. The results demonstrate that while progress is certainly being made, there is still a road to travel.

It is not surprising that the perception of the majority of those surveyed (73 per cent) is that more is being done in the media to actively profile women’s sport this year than ever before.

A good example of this standout media coverage in 2019 was a televisual first for Ireland when RTÉ and TG4 teamed up to show all games of the 2019 Fifa Women’s World Cup last summer.

This was a real statement of intent by the national broadcaster. The decision to show this tournament was very much justified through the audience figures (an average of 83,700 per game with a peak of 265,000 during the final) and demonstrates the appetite among the Irish public to consume top-class sporting action regardless of the gender.

Despite the perception that more is being done, only a quarter (25 per cent) of those surveyed said that female sport receives enough coverage. But the dial is moving in the right direction as this is up from 19 per cent in 2018.

With the opportunities to watch women’s sport on TV or online at an all-time high, it is encouraging, yet expected, to see an increase in the numbers who tuned in going from 41 per cent in 2018 to 45 per cent this year. With so much choice on our screens, these people do not have to watch female sports, but choose to do so.

However, half (53 per cent) of our population say women’s sport still does not get enough media coverage. I would argue that these people need to act on their words by consuming it at every opportunity which does not seem to be the case based on these results.

Another major contradiction with the women in sport movement remains those who actually attend female sporting events. In 2018, 13 per cent of people said they had attended a women’s sporting event but this year it has dipped to 11 per cent. For context, 34 per cent of those surveyed said they had attended a sports event of any kind, male or female.

Given that 2019 was a year where the opportunities to attend a female sporting event was also at an all-time high (there was another record-breaking year when it comes to women’s Gaelic football and camogie finals, there was a “first” in a crowd of 10,886 attending the women’s football semi-finals, a record crowd of 5,328 saw the Irish women’s soccer team beat the Ukraine in Tallaght, and Energia Park saw the Irish women’s hockey team qualify for the Olympics in front of another record crowd), it is concerning that those who attended a female sporting event did not increase. It may well be the case that a loyal cohort is supporting female sports codes but it has yet to break out into mass audience fan base.

This shows that while strides are being made, it remains the case that in order to keep the momentum going it is the responsibility of all involved to ensure that women’s sporting fixtures are readily accessible and attractive for people to attend. Irish sports fans need to make the effort to get out and go to these events.

It has been said that “it’s a generational thing” when it comes to parity of women’s sport, with the inference being that the older generations don’t have as much interest. The findings of this research tell a different story and show that there is a balanced interest across the age groups.

It is also worth noting that when it comes to both watching and attending female sports events that Irish men score higher than women in almost every category. Men still prefer to watch, attend and play sport but the gap is closing.

Equally, I believe that the argument that young girls do not have, or are not aware of, female sporting role models is no longer valid. According to the TSSI, Katie Taylor is Ireland’s most admired sports star for the third year running and the Irish women’s hockey team were joint first with the Dublin senior men’s football team when it came to team of the year.

The 20x20 campaign and initiatives such as the “She Can” colouring book, along with initiatives from governing bodies and sponsors, have certainly delivered in profiling elite female athletes to a younger cohort.

Eighty per cent of females aged 18 - 24 say that they believe there has been more media coverage of female sports in 2019 than in previous years.

If the rate of progress remains at the pace it has been at this year then I believe that the younger generation, those aged 5 - 15, will simply watch or go to “a match” and have sporting heroes without any gender differentiation. The argument “if you cannot see it, you cannot be it”, may never apply to young girls who will now grow up watching elite female sports. This battle for exposure is being won. Complacency is the only enemy.

Crucially, sponsors now understand the value to be had with women’s sport. Not a week goes by whereby our sponsorship team isn’t asked to recommend a female sports sponsorship to a client. Leading sports administrators now see female sports codes and their success as critical to financial success.

We now need to move our focus to two specific areas for the coming decade; the first being to feed the ever-increasing appetite of Irish people to watch and attend female sporting events and the second, in order to ensure a sustainable difference is made, is to increase the number of females in leadership positions in sport in Ireland. This allied, to the ever-increasing range and quality now on show in female sports codes, with increased commercial investment, will ensure the product gets even more attractive to watch and better promoted.

Wouldn’t it be great if “positive discrimination” and a lobby for more coverage were no longer needed in 2029? I believe this will be the case.

The train has left the station. Full steam ahead.

Most memorable Irish sporting moment of 2019
1. Katie Taylor defeats Christina Linardatou 35%
2. Shane Lowry’s walk up the last fairway at The Open 27%
3. Róisín Upton scores the winning penalty with a broken wrist for Ireland to qualify for Tokyo 2020 11%
4. Seamus Callanan scores in the All-Ireland final, meaning he scored a goal in every c’ship game 5%
5. All tied on 4%
a. Wexford winning the Leinster championship
b. Rhys McClenaghan winning World Championship bronze
c. Tiger Roll winning back to back Aintree Grand Nationals

Tyson Fury’s best chance is to do what Ali did better than anyone: dance 17:59
Federer knee surgery sparks fears that time is running out 17:38
England coach Eddie Jones apologises after making ‘half-Asian’ comment 16:39
Alessandro Zanni returns to Italy side for Rome clash with Scotland 15:40
Liverpool’s Klopp responds to Donegal schoolboy who asks him to stop winning 15:29

1 Liverpool’s Klopp responds to Donegal schoolboy who asks him to stop winning
2 England coach Eddie Jones apologises after making ‘half-Asian’ comment
3 Six Nations: Ireland v England all you need to know guide
4 Ireland wary of Peyper calling the tune as they head for Twickenham
5 Owen Doyle: Day of the jackal may be coming to an end
Real news has value SUBSCRIBE
Crossword Get access to over 6,000 interactive crosswords