Shane Duffy named Republic of Ireland Player of the Year 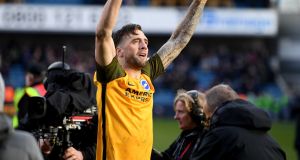 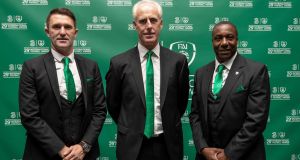 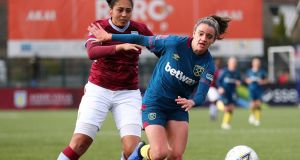 Shane Duffy was again named Irish Player of the Year at the Three sponsored FAI awards but missed the opportunity to pick up the prize himself this time after Brighton’s FA Cup game against Millwall went to extra time, contributing to the 27-year-old defender missing his flight back to Dublin.

Keiren Westwood, Richard Keogh and Conor Hourihane also missed Sunday night’s event but are due in at some stage over the course of Monday, while Jack Byrne will join up with the squad for its first training session of the week at Abbotstown in the morning after the 22 year-old Shamrock Rovers player was rewarded for an outstanding display against Sligo Rovers on Friday night

“I’m hoping he can reproduce that passing range that he showed on Friday night,” said Mick McCarthy who was at the game in Tallaght, “and the goal he scored was magnificent. It’s a different standard, I know that, but he gave a real masterclass; his passing range and overall play was excellent.”

Byrne takes the place of Callum O’Dowda who follows Ronan Curtis and Alan Browne in having had to withdraw from the squad.

“We’ve had a few pullouts,” acknowledged the manager, “but that’s always going to happen. I don’t like to focus on what we can’t deal with. It’s about focusing on what we can deal with and with the players that are here. They all seem happy to be here and we’re raring to go.”