Uefa availing of helping hand in the war against match-fixing

Sportradar aiding football authorities since the German refereeing scandal of 2005 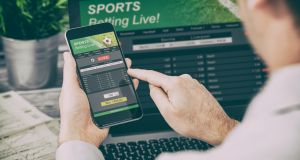 Rival companies offer a bewildering array of bets on sports fixtures in the hugely competitive age of modern mobile gambling. 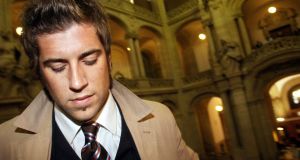 Robert Hoyzer: the former German referee was jailed for 29 months for his part in the nation’s biggest match-fixing scanda. He admitted to accepting bribes to fix four matches. Photograph: Oliver Lang/AFP/Getty

It is more than a decade now since Robert Hoyzer, a referee in the German lower league games was convicted in court of deliberately influencing the outcome of games in return for payments by a Croatian gambling syndicate.

Hoyzer was caught in 2005 after his fellow match officials had reported their suspicions but the German federation ended up paying substantial compensation to clubs affected by his actions and subsequently looked for ways to more quickly spot something similar if it happened again.

They turned to a firm called Sportradar who had until then been collecting huge amounts of data from bookmakers in order to advise them on odds and other aspects of their business. Suddenly they saw a new opportunity and their “sports integrity” wing was born.

Uefa became a customer not long after and, while there are a number of firms operating in the field these days, Sportradar’s work is likely to have contributed to Uefa’s decision to order an investigation into the outcome of Saturday’s game between Longford and Athlone Town.

Sportradar will monitor 180,000 individual games across 13 different sports this year, according to the company’s director of communications and public affairs, Alexander Inglot, with abnormal patterns of betting identified in data supplied by some 550 firms and exchanges worldwide seen as an initial warning signal that closer scrutiny is required.

“We use a two-phase system,” he says, “that was recently endorsed by CAS” [the Court of Arbitration for Sport] in the case of Albanian club Skenderbeu who Uefa threw out of the Champions League over match-fixing.

In the first phase, he explains, the firm uses algorithms to spot variations in the betting during the lead up to a sports event or deviations from an expected pattern during it.

The company works with leading federations and national associations not only in football but also in rugby, ice hockey, basketball and many other sports and the systems employed are tailored to the needs of each code.

When something unusual appears the company refers the case to a team of 40 analysts who look more carefully at the particular circumstances in order to establish whether there is an innocent explanation for what has happened. These can, in turn, call on a pool of 200 or so freelances the company employs if specialised or particular local knowledge is required.

The whole process generally takes two to three days but if, at the end of it, Inglott suggests, the company concludes that there has been an instance of match-fixing then it is confident that it has done so with good reason.

“Since about 2009 our reports or findings have either initiated or supported over 200 sporting sanctions and have supported or initiated 24 criminal convictions,” he says. “I like to think that gives a sense of the credibility of the evidence that we are producing in these match-fixing investigations.

“It’s not always an exact science but most authorities and leaders in this area appreciate that our work is the closest that people are going to get,” he claims.

“The two-stage process is vital. CAS said that quantitative analysis is not enough; you need to have a qualitative analysis to complement that in order to try and create and multi-dimensional picture of what happens. If you don’t have that second phase you are guessing. It might be an educated guess but it is still a guess.

Inglott acknowledges that part of the problem in the industry stems from what he describes as “an arms race” between rivals bookmaker firms who offer an ever expanding range of markets and products so as to gain and retain customers in a hugely competitive age of mobile gambling.

“They are the ones who lose the money, though, so the idea that they are somehow complicit or that they are somehow involved in match-fixing is really far from the truth. The reality is that the system that we operate probably wouldn’t be as good if it wasn’t for the support of the betting industry.”