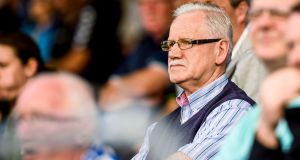 The FAI says it will consider how to proceed over the coming days following the end of the examinership process in relation to Limerick FC, whose owner, Pat O’Sullivan, told Ennis Circuit Court that he had been treated in a “scandalous” manner by the association.

The company behind the club, Munster Football Club Limited, is now set to be wound up, either by O’Sullivan or by its creditors, who were owed about €490,000 when the examinership process was initiated back in September. The Revenue Commissioners are understood to have been owed a substantial portion of the total.

On the face of it the club’s demise would suggest an end to senior football in the city, at least for next season, but the manner in which Limerick’s representation in the League of Ireland was maintained in both 2007 and 2010 would certainly suggest that there is still hope for supporters.

On both of those occasions the association had, in one way or another, fallen out with or lost faith in the owners, Danny Drew and Jack McCarthy, respectively. A license application by the club for 2007, when Drew owned it ,was rejected, as was a subsequent appeal in late 2006 but even at that late stage a consortium was put together representing various strands of local football, and a new club formed. It got a license for that season.

It ran into trouble fairly quickly and McCarthy, a New Jersey-based lawyer and judge, stepped in, although by July 2009, having spent almost €300,000 of his own money, he said that he could no longer continue to fund day-to-day operations. It was at that point that O’Sullivan became involved and over the months he built up a stake of about 30 per cent in the club.

In the years since, O’Sullivan told the court, he had put between €6 million and €7 million into supporting the club

Talks about a takeover stalled, however, and it was announced that a licence had been granted to an entirely different company, Munster Football Club Limited. McCarthy said that it was the first he had heard of an application even having been made by that entity, which was wholly controlled by O’Sullivan and a family member.

In the years since, O’Sullivan told the court on Wednesday, he had put between €6 million and €7 million into supporting the club.

He had been seeking other backers for much of that time, however, and the money really ran out a little over a year ago when his main business, Galtee Fuels, went into liquidation. The effect on the club was obvious, with many well-publicised problems, most obviously in relation to the payment of wages, over the course of the season just ended. A couple of proposed takeovers before the summer failed to materialise.

The court-appointed examiner, Conor Noone of Baker Tilly Chartered Accountants, suggested only last month that there were eight parties who had expressed an interest in investing in the club, but none engaged with him to the extent required to make saving the club a serious prospect, and no licence was applied for on behalf of the current entity.

The association will be anxious to maintain senior football in the city, however, and it may just be that a prospective owner has concluded, as others did previously in somewhat similar circumstances, that they simply don’t need to deal with the outgoing regime.

Among the many interested onlookers will be Shamrock Rovers, who have been expecting to hear this week whether they have been successful in an application to have a development team play in the first division again. The club previously did this for the 2014 season.

In a league where things are so tight financially that having an uneven number of clubs (and so one team every week without a game) is seen as hugely undesirable, the Dubliners would be convenient replacements for Limerick in the event that senior football in the city cannot actually be salvaged.

Losing one of the game’s traditional heartlands would be a big blow to the league, however, and having somebody playing out of the Markets Field would presumably be the association’s first choice if matters were really that simple. Rovers are unlikely to appreciate being put on standby, however, and so there will be considerable pressure on officials in Abbotstown to resolve the situation when they meet in the coming days.

1 Owen Doyle: Creeping professionalism of schools rugby a threat to the game
2 Coco Gauff pulls off biggest shock yet by beating Naomi Osaka
3 Niall Quinn happy to step into the breach at FAI
4 GAA officials and referees brace themselves as new rules kick in, and this time it's for real
5 Rugby under threat; Niall Quinn steps into FAI breach
Real news has value SUBSCRIBE