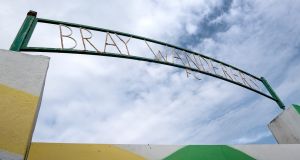 The FAI say they are moving closer to a resolution with Bray Wanderers. Photograph: Inpho

The FAI has released a statement after their 5pm deadline for Bray Wanderers to pay their players passed without payment.

The Bray players released a statement on Friday to say that they have balloted to strike after failing to receive wages since May 25th.

The FAI has now delivered on threats to impose sanctions on the club if they failed to meet Monday’s deadline, although they do claim that they are moving closer to a resolution. Monday evening’s FAI statement reads as follows:

“The Football Association of Ireland confirms that sanctions will be imposed on Bray Wanderers FC with immediate effect following the club’s failure to meet an agreed deadline of settling monies owed to players.

“FAI officials were engaged with the club over the weekend in an effort to resolve the issue of outstanding monies owed to players and another meeting took place today (Monday, July 16)th ahead of the agreed deadline of 5pm.

“While the club insist that they are moving closer to a resolution, the FAI have imposed sanctions on the club following their failure to transfer monies owed to players by the set deadline.

“As a result, the FAI have removed Bray Wanderers FC from participating in the 2018-19 IRN-BRU Scottish Challenge Cup and the club will not be permitted to register any new players for the remainder of the 2018 SSE Airtricity League season.

“The FAI will meet again with the club on Tuesday morning in the hope that a resolution can be found to ensure that all monies owed to players are paid in full.

“A meeting between FAI officials and Limerick FC will take place this evening (Monday). A separate statement on that will be released in due course.”

1 Owen Doyle: Creeping professionalism of schools rugby a threat to the game
2 GAA officials and referees brace themselves as new rules kick in, and this time it's for real
3 Rugby under threat; Niall Quinn steps into FAI breach
4 Niall Quinn happy to step into the breach at FAI
5 Scotland’s Finn Russell missed training after Sunday drinking session
Real news has value SUBSCRIBE