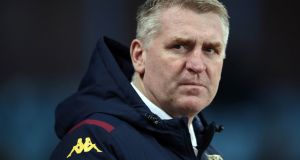 Walsall is the answer. If the question is: when Alex Ferguson was voted manager of the year after Manchester United completed the treble in 1999, from which club did the runner-up come?

Some might have thought that Harry Redknapp at West Ham (fifth/Europe) or Peter Reid at Sunderland (promotion/105 points) or Paul Jewell Bradford City (promotion to the top flight after 77 years away) might have provided the answer.

But, no. It was Walsall. There in 1998-99 manager Ray Graydon steered the lowest-budget club out of the third division and into what is now the Championship and the scale of the feat could be measured in his peers’ response. Only Ferguson, they thought, had performed better.

Under Graydon, Walsall finished above Manchester City. No wonder they called it Madchester.

He does not get mentioned a lot, Graydon; nor do Walsall. Graydon was a former Aston Villa winger; Walsall are currently 12th in League Two. They travel to Port Vale this afternoon, should you be interested.

Walsall continue to make an impact at other levels, though. The man sent off at City on Wednesday night, for example, is a former Walsall manager. It was Dean Smith’s first front of house job, bumped up from youth coach in January 2011 with Walsall floundering, nine points adrift in League One. Smith kept them up. He had to learn on his feet; he is still doing so at 49. Impressively.

But for referee Jon Moss – and VAR – and their timid interpretation of the offside law, Villa may have left City with a point on Wednesday. It would have been a fine result in a season already studded with them – 1-0 at Leicester, 3-0 at Arsenal and of course the 7-2 victory over Liverpool. Considering where they were last January, third-bottom after a 6-1 home defeat by City, Villa’s improvement is one of the stories of the season.

Our tendency to simplify, plus the personality cult around managers, means that this can be marked down as Smith’s improvement. Ollie Watkins, for instance, was bought by Brentford while Smith was there and Watkins has followed Smith to Birmingham – well done, manager. But on neither occasion will the decision have been solely Smith’s. The reality at Brentford and Villa is rather more complex.

Aston Villa, since their takeover by Wes Edens and Nassef Sawiris in the summer of 2018, have had a significant turnover in personnel and massive investment in the squad – a net spend of about €250 million on transfer fees alone. As has been seen many times, though, merely acquiring lots of players does not form a successful team. It has to be moulded, just as a club has to be moulded. Those who know Villa comment that since this takeover there has been leadership and clarity from the top.

Smith is part of it. Perhaps it says as much about other managers as it does about Smith, but players who have experienced his coaching repeatedly use the word “clear”. He is a persuasive communicator as well as someone tactically astute and committed to the training ground.

Smith was brought in from Brentford in October 2018 to replace Steve Bruce. Villa, sitting 14th, were in danger of becoming a stalled Championship club, like Nottingham Forest.

By May 2019 Smith had Villa jolting upwards, beating Derby in the final of the Championship play-offs. Villa were back in the Premier League; takeover targets were ahead of schedule.

But there were loan players in the squad, plus several at the end of their contract. Villa spent a lot but they had to recruit, they needed bodies. Losing 6-1 to City raised questions about that recruitment, as did a 4-0 loss at Leicester just before lockdown last March. Villa were second-bottom. Smith was a worried manager.

What did he do? He spoke to his players.

It is remarkable that this should be remarkable – yet it is. Some managers do not do what Smith did. He pulled players together, spoke to each individually, then split them into groups and asked them to analyse games. There was not a revolution in results on the resumption of play, but there was an upturn, and some luck. Instead of 19th, Villa ended the season 17th.

What this has to do with Walsall may seem unclear, but Smith’s engagement with his squad brought back a line from Michael O’Neill about exactly what he learned from his first job as a manager, which was at Brechin City. “You learn how to deal with players,” was O’Neill’s reply, and you could tell he meant it.

The answer rang a bell with Walsall, the club where Smith began as a player in 1989, where he was made captain at 19 and where that first appointment came. Smith realised quickly: “If you don’t get a connection with them, players can easily decide they are not going to work for you.”

Smith would speak of a young player he saw walking into training eating a sausage sandwich one day. Smith had previously warned the boy about his behaviour and this did not look like healthy refuelling. The teenager had not told Walsall he had left home, however, or that he was living at an aunt’s and did not want to ask for breakfast when she had a family of her own. This news made Smith think again about the player and how he managed him. Some time after, Smith saw the lad pick up litter at the training ground and smiled. Both parties had come through.

It is funny when you hear managers in a super-hyped, superannuated business such as modern English football set such store by these things, but presumably Marcelo Bielsa does so for a reason. Ray Graydon made players wear shirt and tie.

Smith – and O’Neill – speak of culture and its importance. As individuals they are sufficiently grounded for it not to sound pretentious. Their determination is to construct healthy dressing rooms full of good colleagues as well as good footballers – because it yields results. Those views chimed with the lockdown theatre of Ferguson and Kenny Dalglish last week. Each of them spoke of dressing room unity as being essential to success, in fact impossible without it. Their emphasis on this was, to use a word, remarkable.

It was clearly part of Graydon’s Walsall. Maybe it is the kind of thing you learn down there, at East Stirling or Brechin, and take with you.

So if the question concerns Villa’s rise, the answer rests on modern management and serious investment. Then there is Smith’s coaching. But also worth a mention is Smith’s humanity and understanding and a little bit of Walsall.