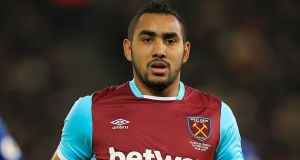 West Ham United have warned Dimitri Payet that they will not be pushed into selling him in the summer if he does not leave during the current transfer window, with the club doubtful whether Marseille will come up with an acceptable offer for the France international.

Despite Payet’s determination to return to the south of France as soon as possible, West Ham are insistent there is no financial pressure on them to sell a player whose deal runs out in 2021 and they are willing to bide their time until receiving a suitable fee from Marseille, whose second bid of €23 million was turned down on Monday.

West Ham have cautioned the 29-year-old, who has been told to train with the under-23s until the dispute is resolved, against attempting to force their hand by allowing his physical condition to deteriorate if he is not sold this month, reasoning that such a tactic could lower his value when the summer window opens and give them less of an incentive to sell.

Payet told Slaven Bilic last week that he no longer wishes to play for West Ham and David Sullivan, the club’s co-owner, met Marseille officials on Monday, having already rejected an opening offer of €22 million. It is understood that a significant gap remains between the two clubs in their respective valuations of Payet.

Although West Ham anticipate further bids from Marseille, who are the only interested suitors at the moment, they are unconvinced the French club will meet their asking price.

Although they were initially adamant that they would not sell, West Ham would be tempted by an offer of more than €34 million.

Payet, who missed the weekend win against Crystal Palace, joined Bilic’s side for €12.4 million from Marseille 18 months ago and he excelled in his debut season. His form earned him a recall to the France squad and he was one of the stars of Euro 2016. West Ham believe that he owes them a debt of gratitude.

There is sympathy, however, with the personal reasons behind Payet’s stance. His family is homesick and his wife has returned to Marseille.

Yet his behaviour has angered West Ham and while it is unlikely he will play for them again, that will only happen if he apologises to the board and supporters.

4 Ulster maintain unbeaten start to go top of Conference A