Solskjaer: Pogba will stay at Manchester United despite ‘question mark’ 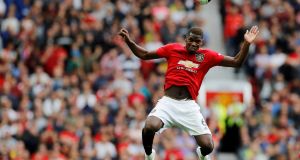 Ole Gunnar Solskjaer has insisted Paul Pogba will remain at Manchester United once the Spanish and Italian transfer windows close early next month.

Real Madrid and Juventus each retain an interest in the midfielder and could sign him up until September 2nd, when their respective markets close. Pogba called his future into doubt once more following last week’s 4-0 win over Chelsea at Old Trafford by saying a “question mark remains”.

When asked about Pogba staying at United, Solskjaer was emphatic after first seeming to correct himself. “Unless some – for me, yeah, he’s going to stay,” he said. Expanding further in regards to Pogba’s comments last week, Solskjær said: “You always put question marks around Paul. I don’t think it’s odd [him] saying I have fun with my teammates, I enjoy what I’m doing, I love my job and enjoy the game.

Is he questioning you or are you putting question marks on him? I’ve got absolutely no concerns on Paul

“Of course that sentence with the question mark about him, there’s always question marks about Paul. There’s not one press conference that I’ve not answered a question about Paul Pogba – 80 per cent of what he said was that he enjoyed that game and his time here.”

Pressed regarding the other 20 per cent, Solskjær said: “That’s the question mark. Is he questioning you or are you putting question marks on him? I’ve got absolutely no concerns on Paul.”

Solskjær takes United to Wolves on Monday evening hoping for a different result to the 2-1 league and FA Cup defeats his side suffered there last season.

Harry Maguire made an impressive debut for United against Chelsea, forming what looks a promising centre-back partnership with Victor Lindelöf. “We want the partnership to develop with David [De Gea] at the back. We want to play out from the back but we’ve got good centre-backs around as well,” Solskjær said. I hope Victor and Harry don’t give me a reason to change.”

Last week’s 4-0 defeat of Chelsea brought sunshine after a troubled summer for Manchester United. Solskjær has singled out Alexis Sánchez and Fred for encouragement, though the Chilean and Brazilian appear unlikely to start against opposition United failed to beat in three meetings last season.